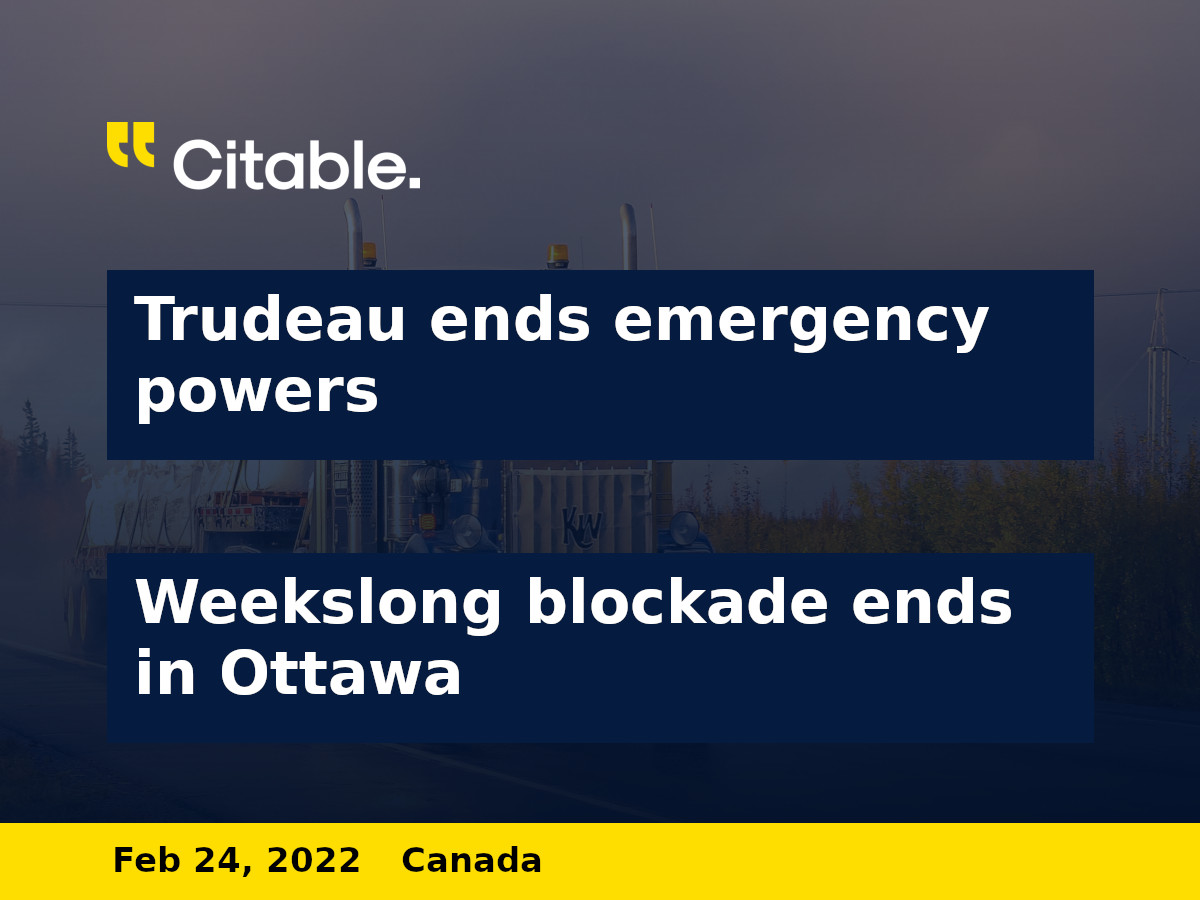 On Wednesday, Canadian Prime Minister Justin Trudeau announced he is revoking the emergency powers he invoked earlier in the month to quell the ongoing protests against the country’s COVID-19 restrictions.

At a press conference, Trudeau stated, “Today, after careful consideration, we’re ready to confirm that the situation is no longer an emergency,” adding, “Therefore, the federal government will be ending the use of the Emergencies Act.”

The decision comes after Ottawa authorities effectively ended a weeklong blockade, arresting over 100 people participating in a protest in the capital.

The protests began as opposition to the COVID-19 vaccine mandate for truckers but expanded to include general opposition to public health restrictions, with protesters blocking several US-Canada border crossings.

Observing that the protests have not ended completely, Trudeau stated, “We did not want to keep this legislation in place one minute longer than necessary.”