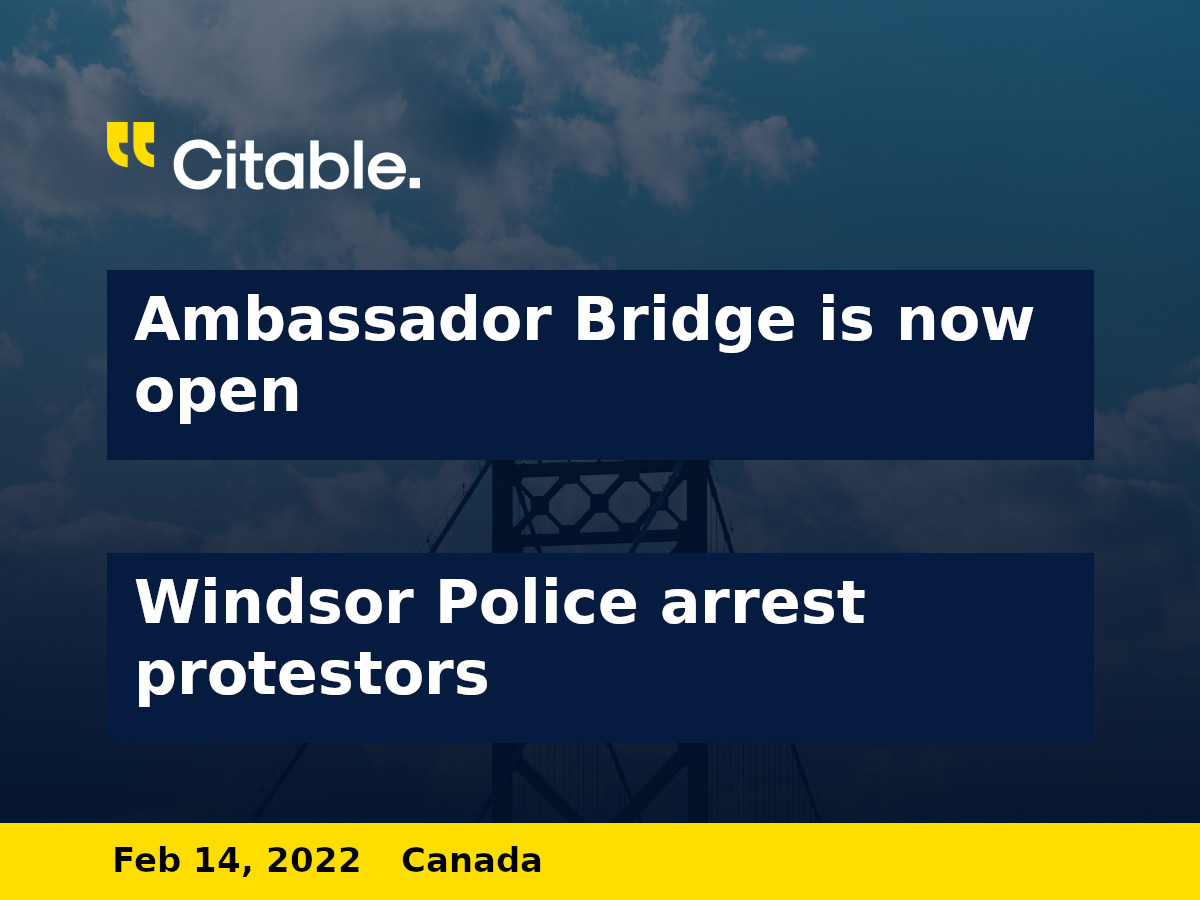 On Sunday, police officers arrived to disperse the remaining protestors at the demonstration site.

Windsor Police stated that a number of arrests had been made within the demonstration area, with several vehicles being seized. The arrested individuals are facing charges of mischief.

Windsor Police tweeted, “We would like to remind the public that enforcement is continuing in the demonstration area, and there will be zero tolerance for illegal activity. The public should avoid the area.”

Ontario Premier Doug Ford warned that blocking the movement of goods and people along critical infrastructure is illegal and will invite severe fines, including a maximum penalty of $100,000 and up to a year in prison.