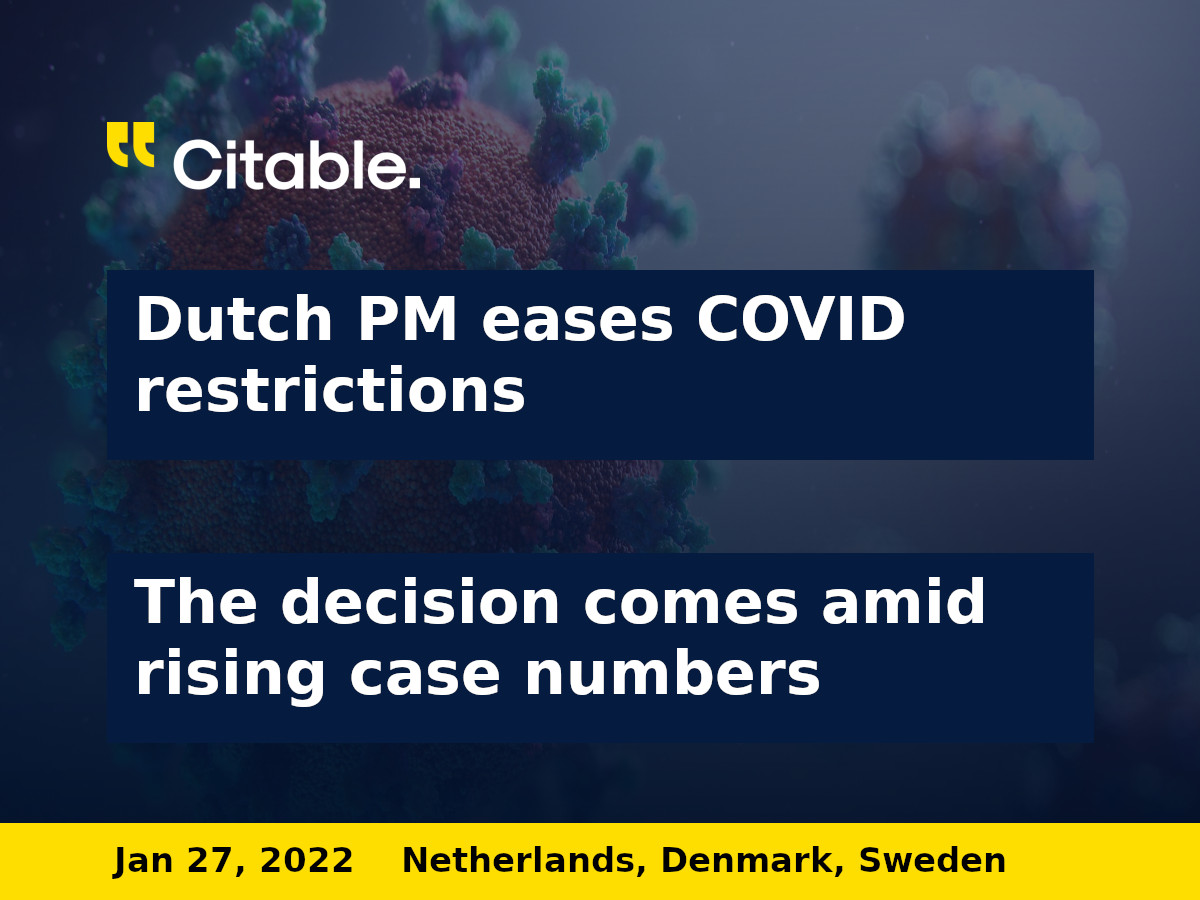 The Netherlands has announced it will be easing COVID restrictions – which are among Europe’s strictest – despite rising case numbers. However, as a result of falling COVID-related death and hospitalization rates in the country, these new and less stringent regulations will be in effect until March 8.

The Dutch PM, Mark Rutte, noted, “We are taking a big step today to unlock the Netherlands while the infections numbers are really going through the roof.”

Denmark’s government also announced on Wednesday that it would be scrapping most restrictions, effective from next week.

The Danish PM, Mette Frederiksen, announced that as of February 1, citizens would have open access to restaurants, cafes, museums, etc., and masks would no longer be required.

Sweden, meanwhile, has extended its current set of COVID restrictions for another two weeks.