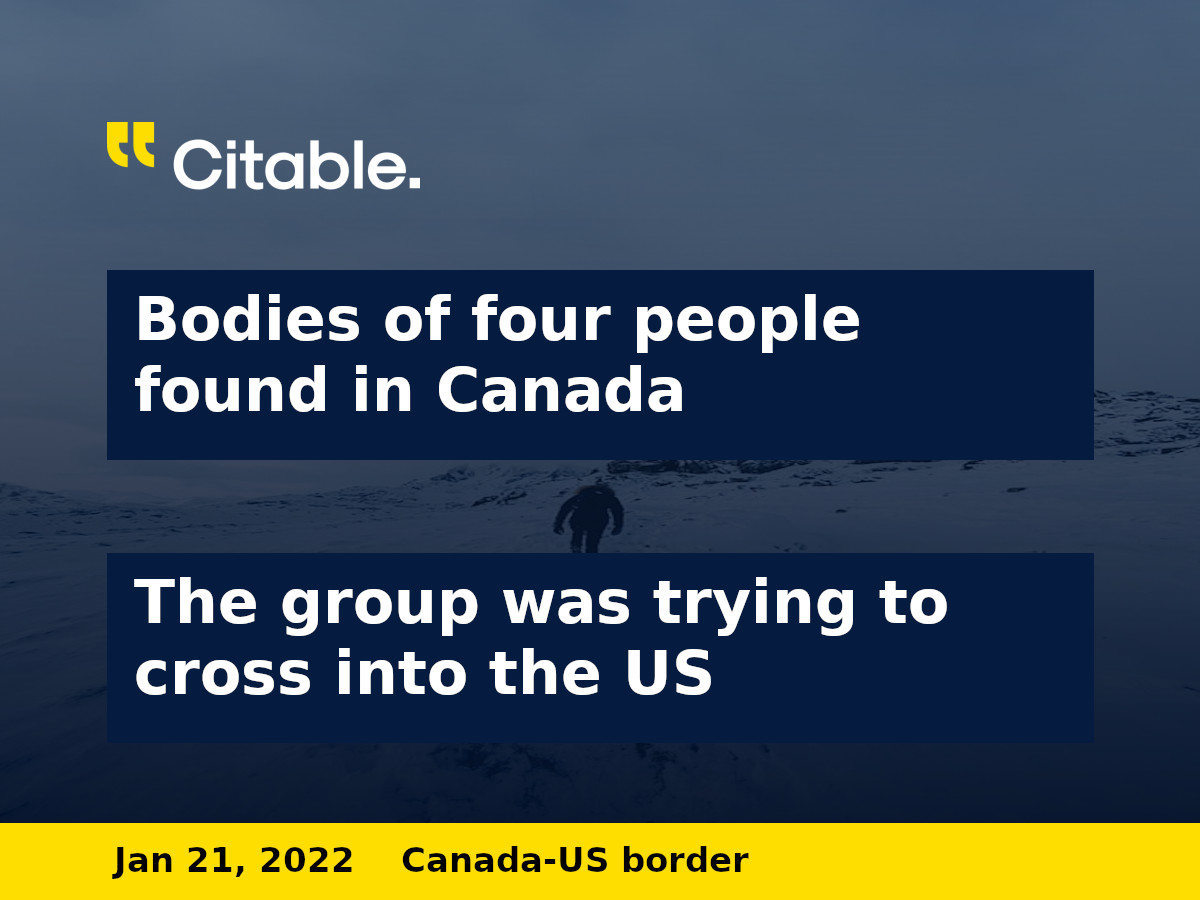 Bodies of four people found in Canada. The group was trying to cross into the US.

On Wednesday, Police in Canada located the bodies of a man, a woman, a teenage boy, and an infant near Emerson, Manitoba.

The Royal Canadian Mounted Police in Manitoba stated, “At this very early stage of the investigation, it appears that they all died due to exposure to the cold weather. Work is underway to identify the victims, and an autopsy has been scheduled to confirm the cause of death.”

The bodies were found after US Immigration officials apprehended a separate group of people who had crossed into the US from Canada.

One of the men in the group that successfully crossed the border was carrying items that indicated they had an infant child. However, as there was no baby present in the group, further searches were conducted on both sides of the border.

The deceased were on their own in the middle of a blizzard in complete darkness.