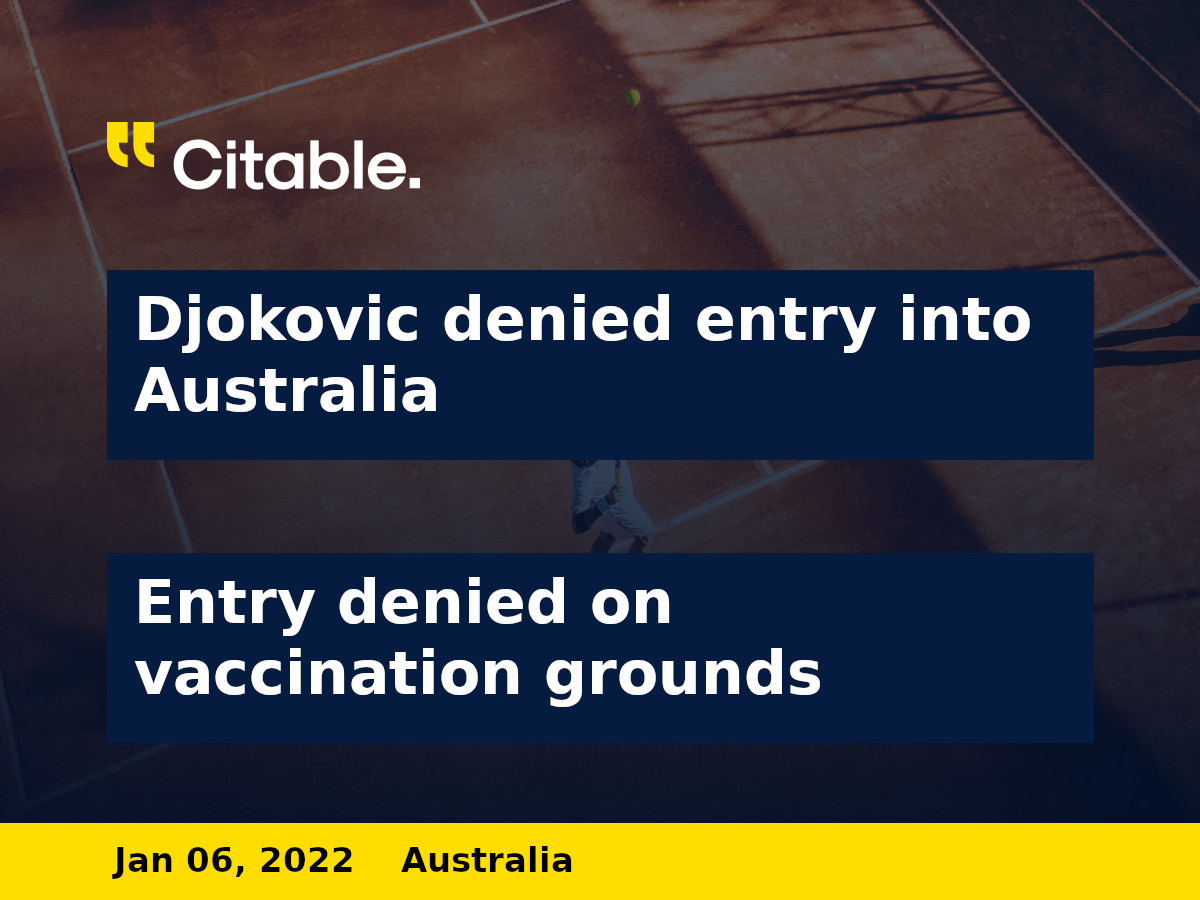 Australia’s health ministry confirmed that Novak Djokovic, the world’s No. 1 tennis player, has been denied entry to the country over an issue with his visa application.

Djokovic was slated to participate in the Australian Open after receiving a medical exemption from the COVID-19 vaccine requirement from two different medical panels, organized by Victoria state and Tennis Australia.

According to Health Minister Greg Hunt, Djokovic failed to provide “appropriate evidence” for his medical exemption.

Hunt stated the exemption “did not pass the standards of proof that were required by the Australian border force,” adding, “It’s one rule for all under this Australian government.”

Australian Prime Minister Scott Morrison tweeted, “Rules are rules, especially when it comes to our borders,” adding, “No one is above these rules.”