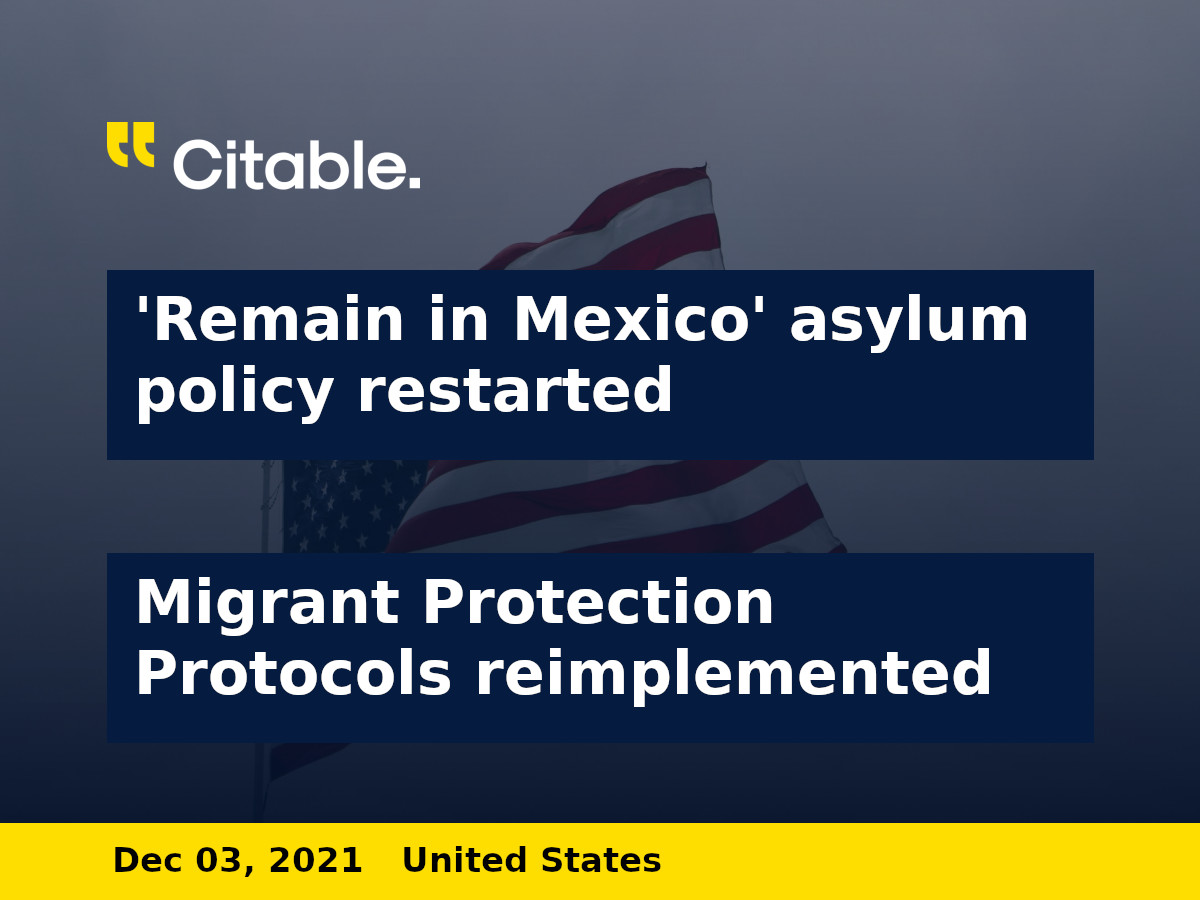 On December 2nd, the Department of Homeland Security (DHS) announced that it was working with the Government of Mexico (GOM) to reinstate the Migrant Protection Protocols (MPP) – aka the “Remain in Mexico” policy – following a federal court order.

As per the MPP, people seeking asylum in the US need to wait in Mexico while officials consider their asylum claims. The Biden administration had suspended and eventually terminated the Trump-era policy upon taking office.

On Thursday, the DHS, Department of State, and Department of Justice also announced key “humanitarian improvements” to the ‘Remain in Mexico’ policy, addressing certain concerns raised by the GOM.

The key changes included the decision by the DHS to exclude particularly vulnerable individuals, such as unaccompanied minors, from enrollment in the MPP. Following these changes, the GOM later reached an independent decision to accept the program.

A DHS press release stated, “the DHS is working with the Department of State and GOM to provide safe transport to and from certain locations in Mexico to US ports of entry to attend court hearings and to facilitate access to safe and secure shelters in Mexico.”