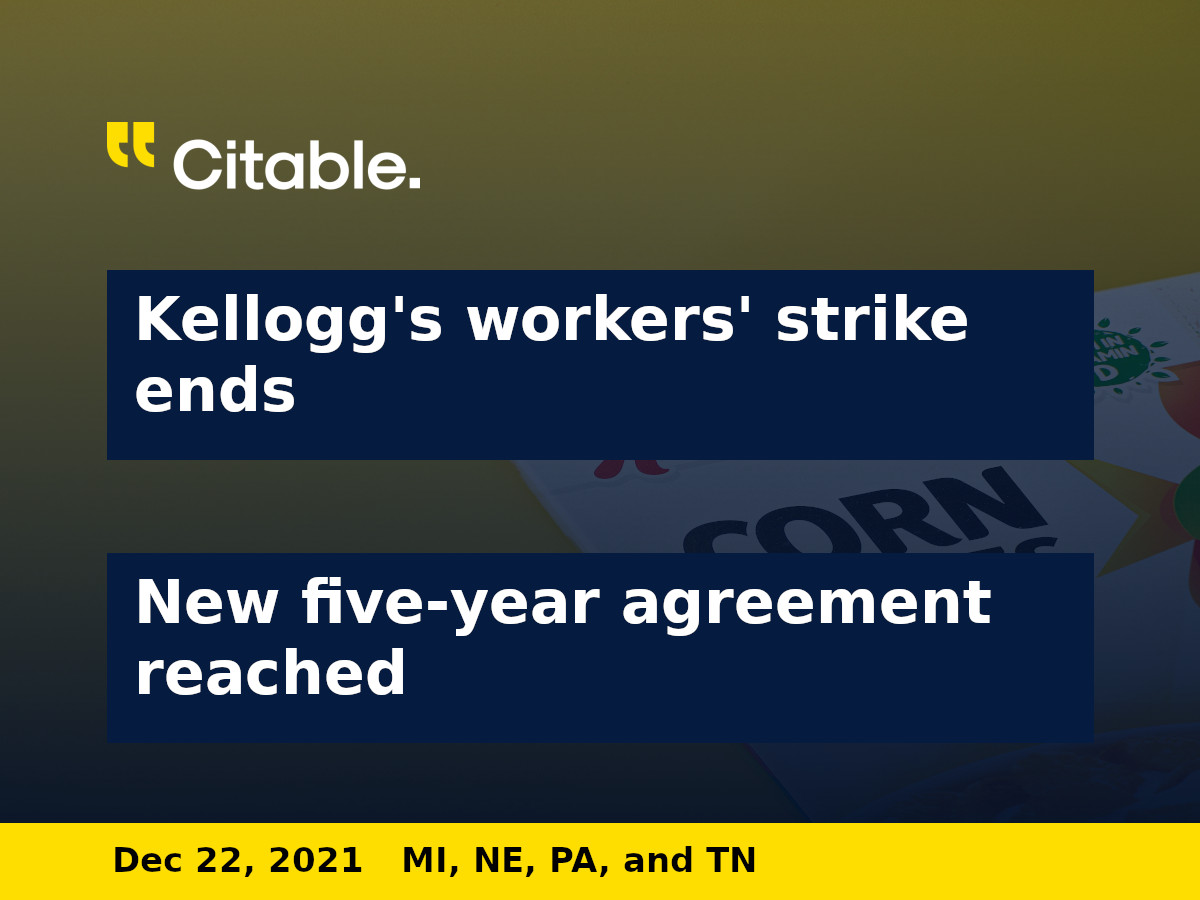 On December 21st, the Bakery, Confectionery, Tobacco Workers and Grain Millers International Union (BCTGM) announced the end of the Kellogg’s workers’ strike. The announcement follows the approval of a new five-year contract that applies to the employees of four Kellogg’s cereal plants in the US.

The workers’ strike began on October 5th, 2021. According to the Kellogg Company, employees are scheduled to return to work starting the week of December 27th.

Kellogg Company Chairman and CEO Steve Cahillane stated, “We are pleased that we have reached an agreement that brings our cereal employees back to work. We look forward to their return and continuing to produce our beloved cereal brands for our customers and consumers.”