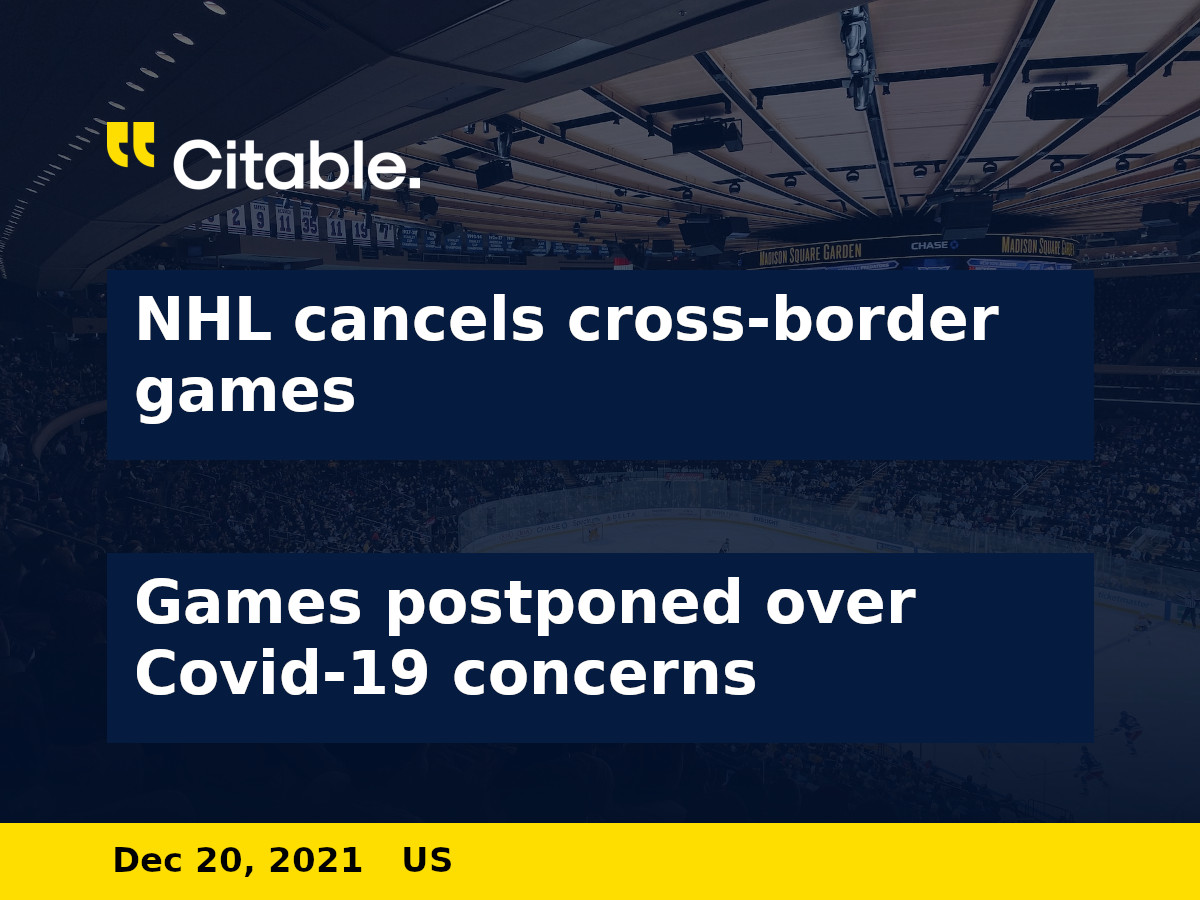 The NHL also announced that the Detroit Red Wings and Toronto Maple Leafs would be putting their team activities on pause due to the recent rise in COVID-19 cases.

As of Sunday, a total of seven NHL teams have shut down their activities through the holiday break, including the Boston Bruins, Nashville Predators, Calgary Flames, Colorado Avalanche, and Florida Panthers.

As matters stood on Sunday, close to 40 games had been called off thus far this season, with further postponements after the holidays a possibility.

The NHL stated, “Because of the amount of games that have been postponed this season… and the continuing uncertainty surrounding the pandemic, the NHL and NHLPA are actively discussing whether players should participate in the 2022 Beijing Olympics.”