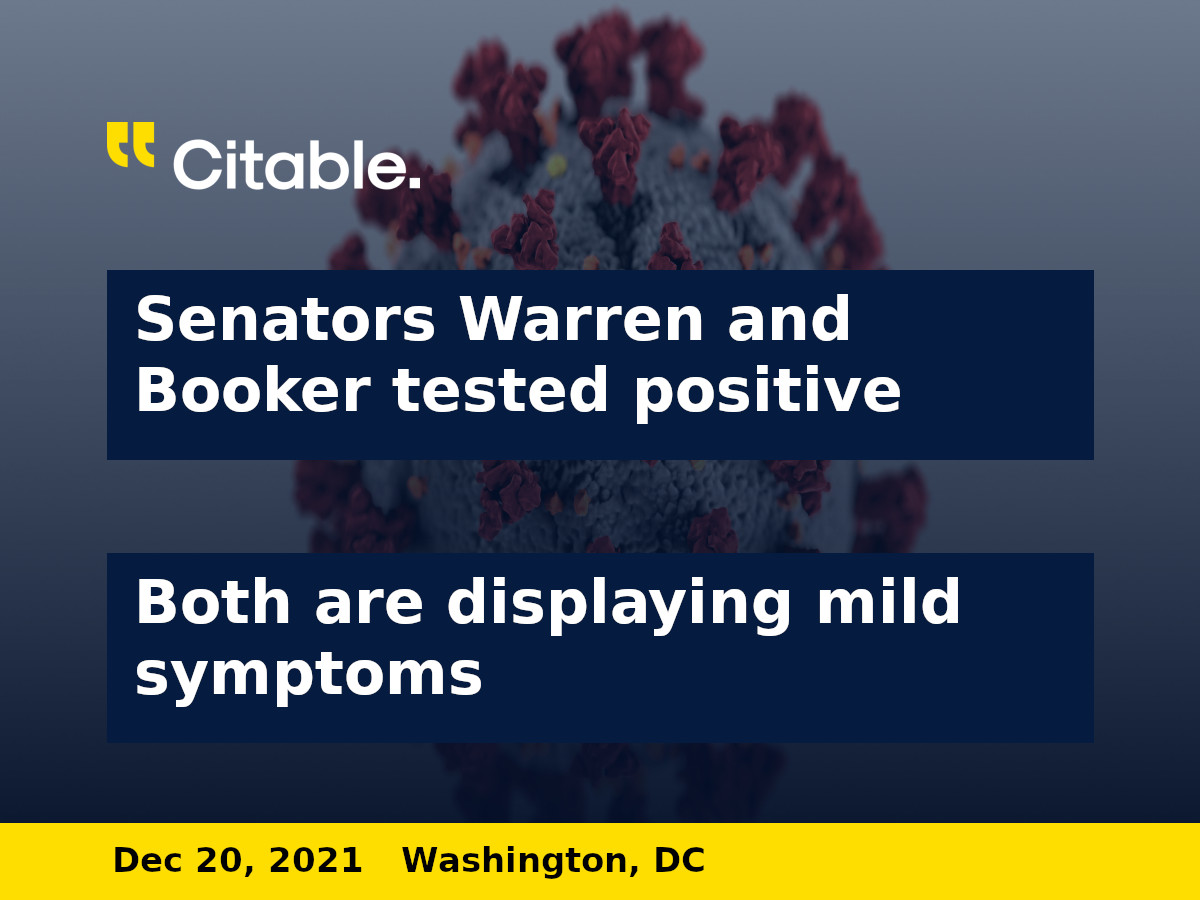 Warren said in a tweet, “Today I tested positive with a breakthrough case. Thankfully, I am only experiencing mild symptoms & am grateful for the protection provided against serious illness that comes from being vaccinated & boosted.”

Booker tweeted, “I learned today that I tested positive for COVID-19 after first feeling symptoms on Saturday. My symptoms are relatively mild. I’m beyond grateful to have received two doses of vaccine and, more recently, a booster – I’m certain that without them I would be doing much worse.”

The news comes as US states and schools brace for a spike in Omicron cases, along with the existing number of Delta infections.

The WHO stated that, as of December 16th, the Omicron variant had been identified in 89 countries across all six WHO regions.