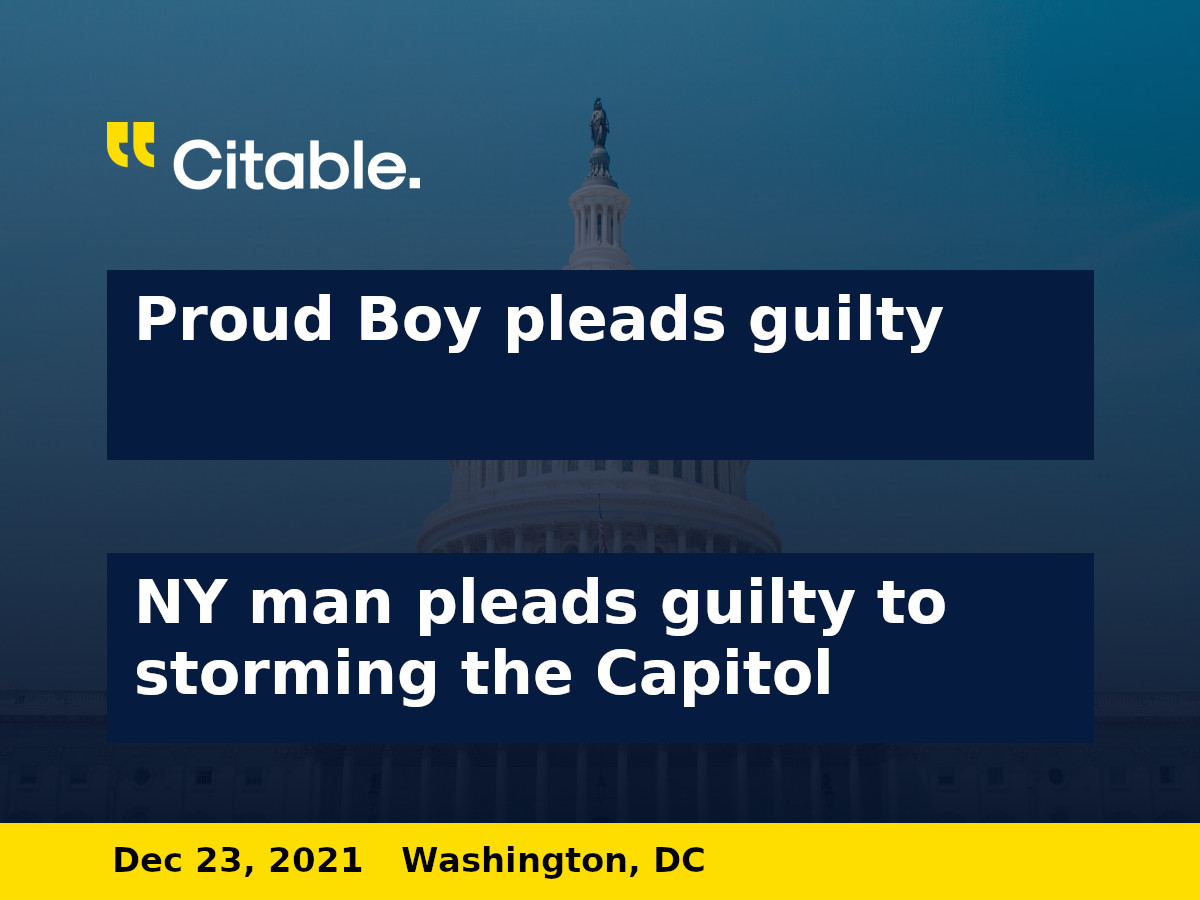 Greene, 34, is the first member of the far-right group to plead guilty in federal court for their involvement in the January 6th insurrection.

Greene was arrested in April, along with fellow Proud Boys Dominic Pezzola and William Pepe. Pezzola and Pepe have pleaded not guilty.

The trio, who had traveled to DC from Syracuse, NY, have been accused of toppling police barricades and being at the head of the mob as police began their crowd-control measures.

Prosecutors wrote in their file, “After the riot, (Greene) engaged in conversations (on) encrypted messaging platforms admitting to his role in the riot, encouraging others not to give up in a fight to take back their country, and comparing the situation as it existed in the weeks following January 6th to a fourth-generation war.”