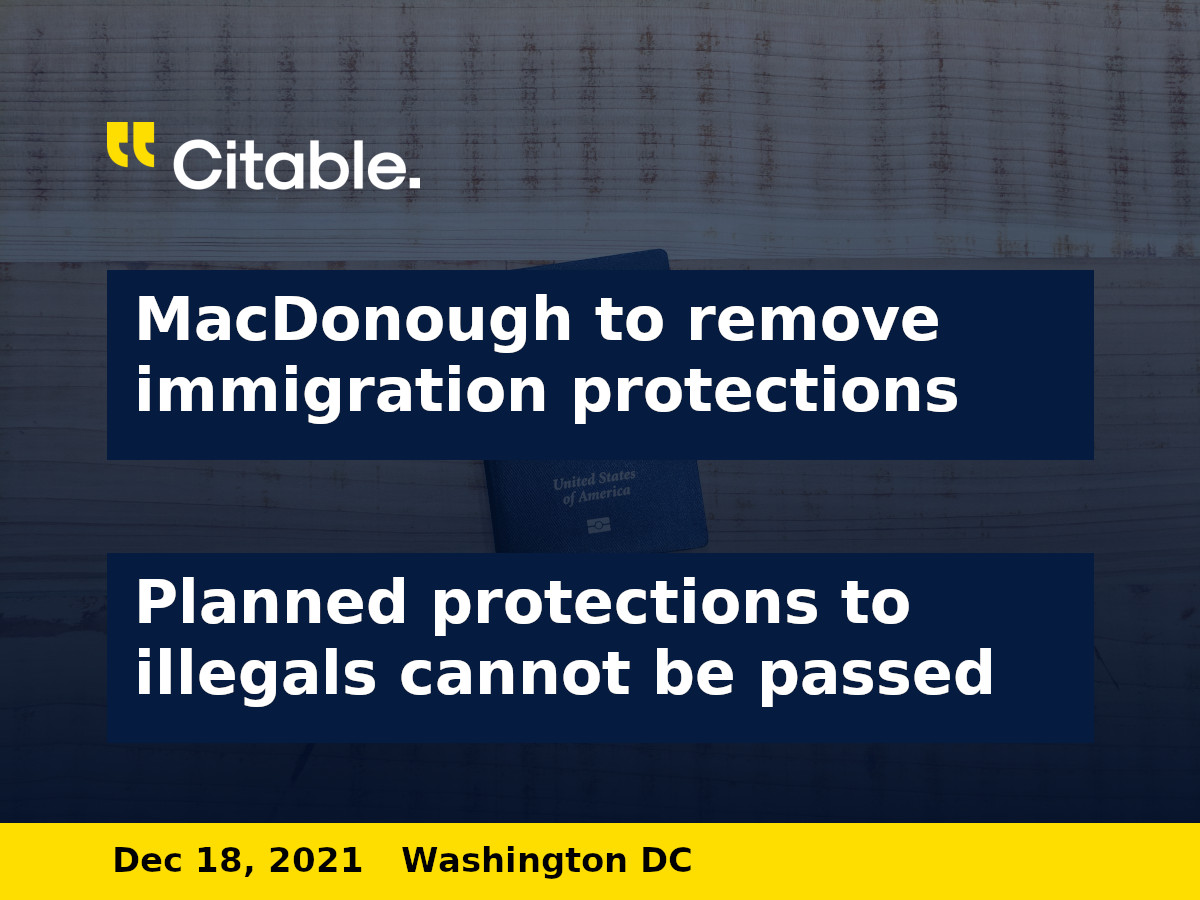 The arbiter of Senate rules found that the Democrats’ plan to provide temporary protections for illegal immigrants in the US cannot be passed as a component of the $2 trillion education, healthcare, and climate package.

The guidance provided by Senate parliamentarian, Elizabeth MacDonough, is set to force the removal of the protections from the bill.

The current provisions would shield immigrants from deportation for five years and provide five-year renewable work authorization to anyone who arrived in the US before 2011.

MacDonough stated, “Changing the law to clear the way to [lawful permanent resident] status is tremendous and enduring policy change that dwarfs its budgetary impact.”

Senators Charles Schumer, Bob Menedez, Alex Padilla, Catherine Cortez Mastro, and Ben Ray Lujan issued a statement saying, “We strongly disagree with the Senate parliamentarian’s interpretation of our immigration proposal, and we will pursue every means to achieve a path to citizenship in the Build Back Better Act.”