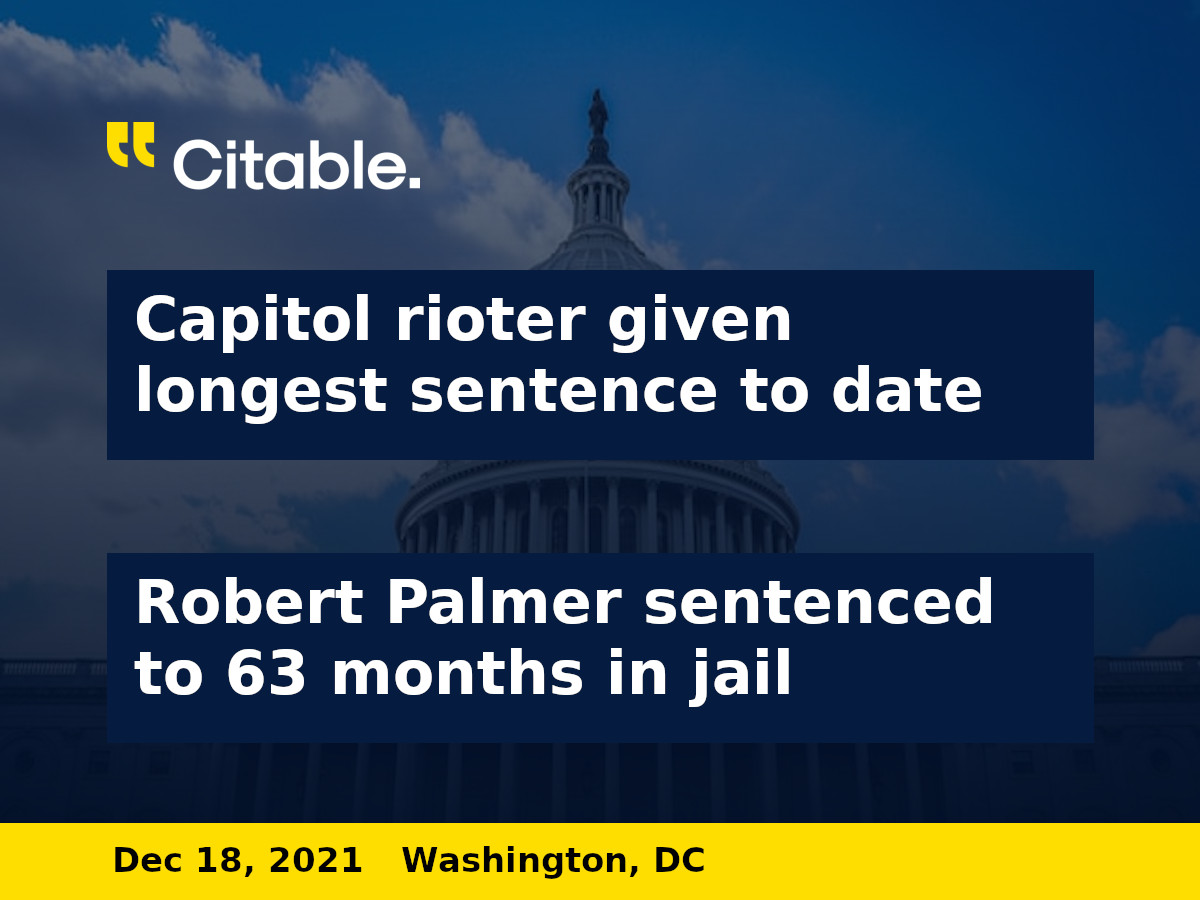 Robert Palmer, 54, of Largo, Florida, was sentenced to more than five years in jail.

During the January 6th riot, Palmer attacked from the front line, spraying a fire extinguisher and throwing it after discharge.

Palmer’s sentence of 63 months is the longest sentence given to a Capitol rioter to date.

The US Attorney’s office, in a press release, stated, “Palmer is the first Jan. 6 defendant to be sentenced on the charge of assaulting, resisting, or impeding officers using a dangerous or deadly weapon.”

In addition to the jail term, Judge Tanya S. Chutkan ordered Palmer to pay $2,000 in restitution. He is also required to serve three years of supervised release.