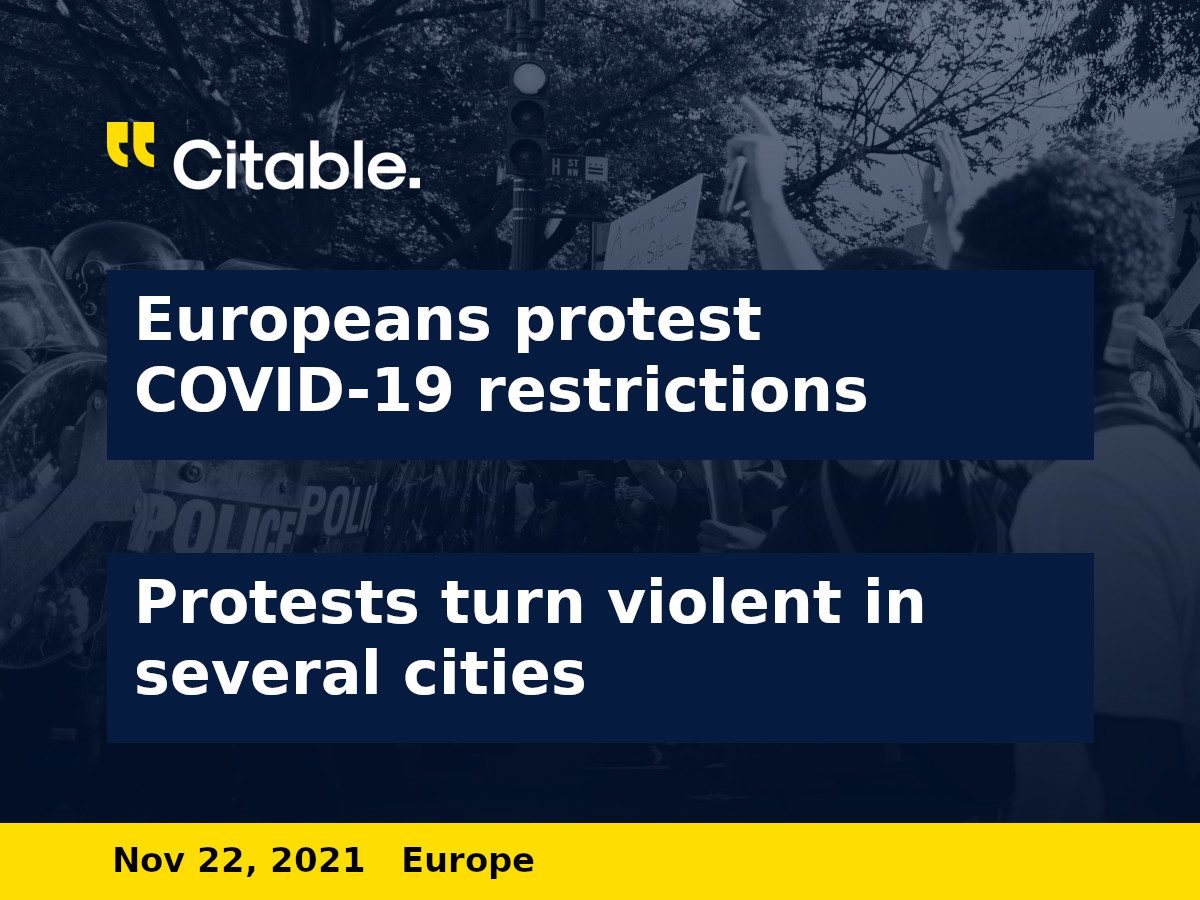 Widespread protests have broken out in several European countries including Austria, Belgium, Italy, and the Netherlands. The protests come in response to new COVID-19 restrictions.

On Sunday, citizens marched through the Belgian capital of Brussels. Demonstrations soon turned violent, with the police responding by deploying tear gas and water cannons.

In Austria, people took to the streets of Vienna on Saturday to protest the government’s call for a lockdown starting on Monday and a vaccination mandate for its citizens, set to begin in February 2022.

In the Netherlands, protests against new lockdown measures and regulations for the unvaccinated turned violent. People threw fireworks at the police and set bicycles on fire.