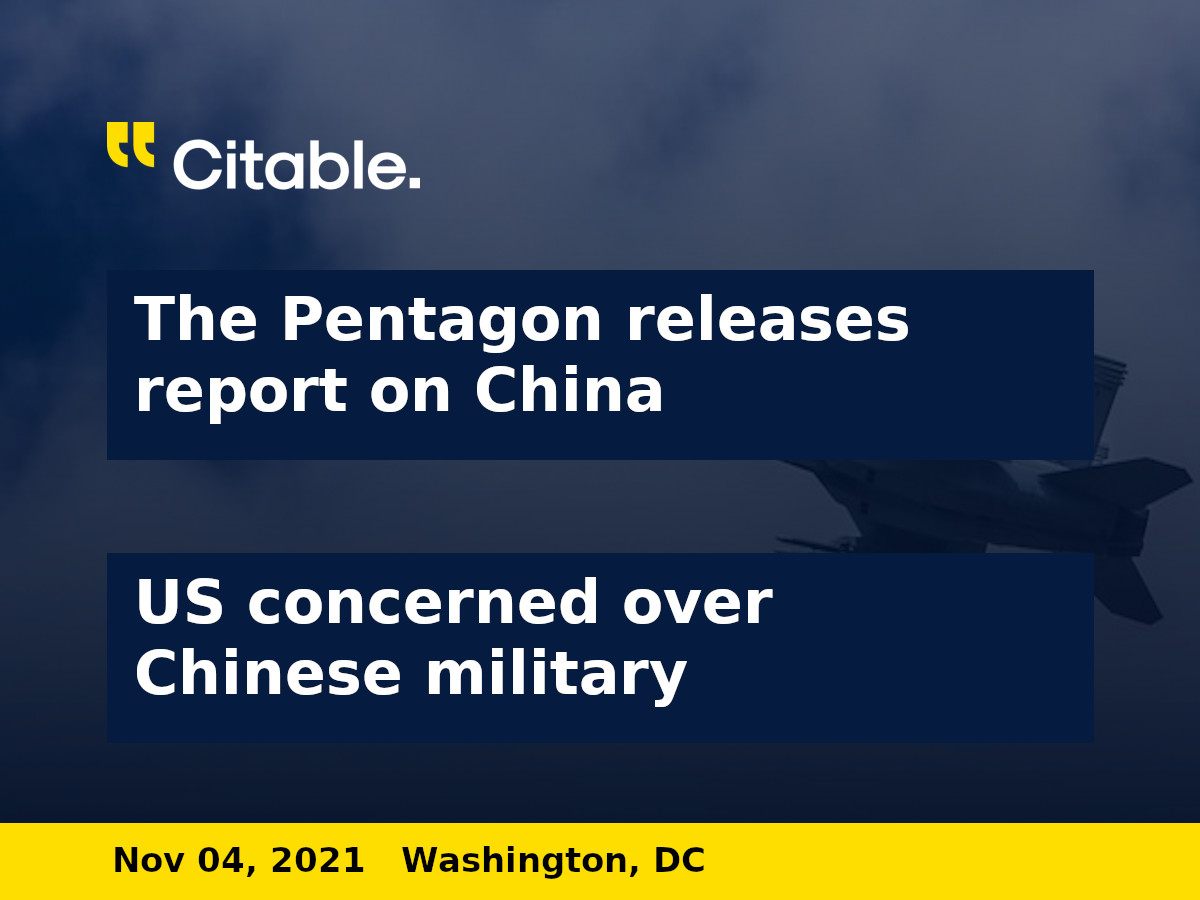 The Pentagon releases report on China. US concerned over Chinese military.

The Department of Defense (DOD) announced the release of its annual report on “Military and Security Developments involving the People’s Republic of China” on November 3rd.

The report states, “The PRC is investing in, and expanding, the number of its land-, sea-, and air-based nuclear delivery platforms and constructing the infrastructure necessary to support this major expansion of its nuclear forces.”

China could already have established a nascent nuclear triad (land, sea, and air), warned the report.

A September readout of a call between President Biden and President Xi Jinping stated, “the two leaders discussed the responsibility of both nations to ensure competition does not veer into conflict.”