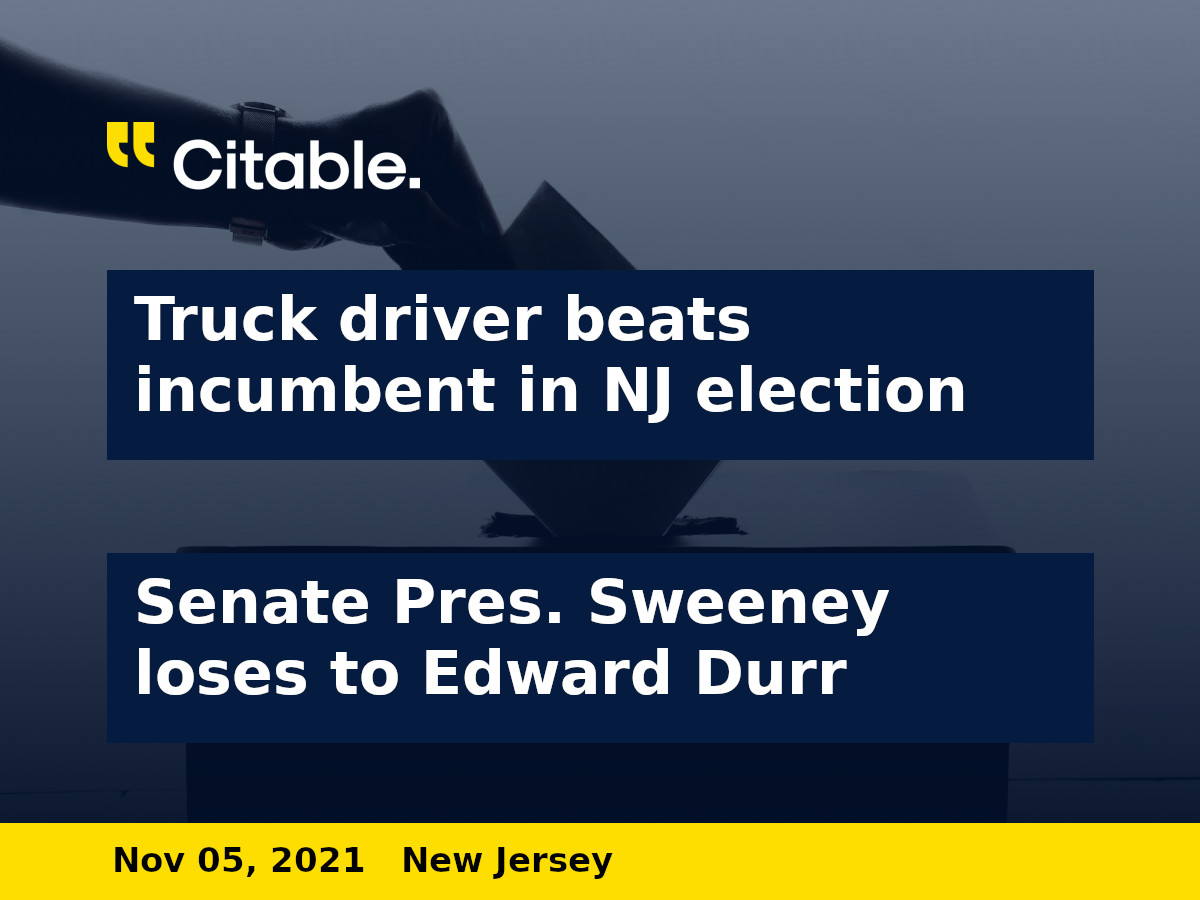 State Senate President Stephen Sweeney (Democrat), one of New Jersey’s most powerful Democrats, lost his bid for re-election to Edward Durr (Republican), a truck driver for a furniture chain.

In a statement on Wednesday, Sweeney stated, “Due to the closeness of several State Senate elections, the Leadership Caucus scheduled for tomorrow will be delayed,” adding, “The caucus will be rescheduled once the result of every Senate election is determined.”

Edward Durr stated he spent no more than $10,000 on his campaign.

The Associated Press called the race on Thursday morning as Durr maintained a 2,298-vote lead over Sweeney with all precincts counted.

Sweeney and Durr ran neck-to-neck in portions of the district in Gloucester and Cumberland counties. Salem Couty voters seemed to push Durr into the lead.