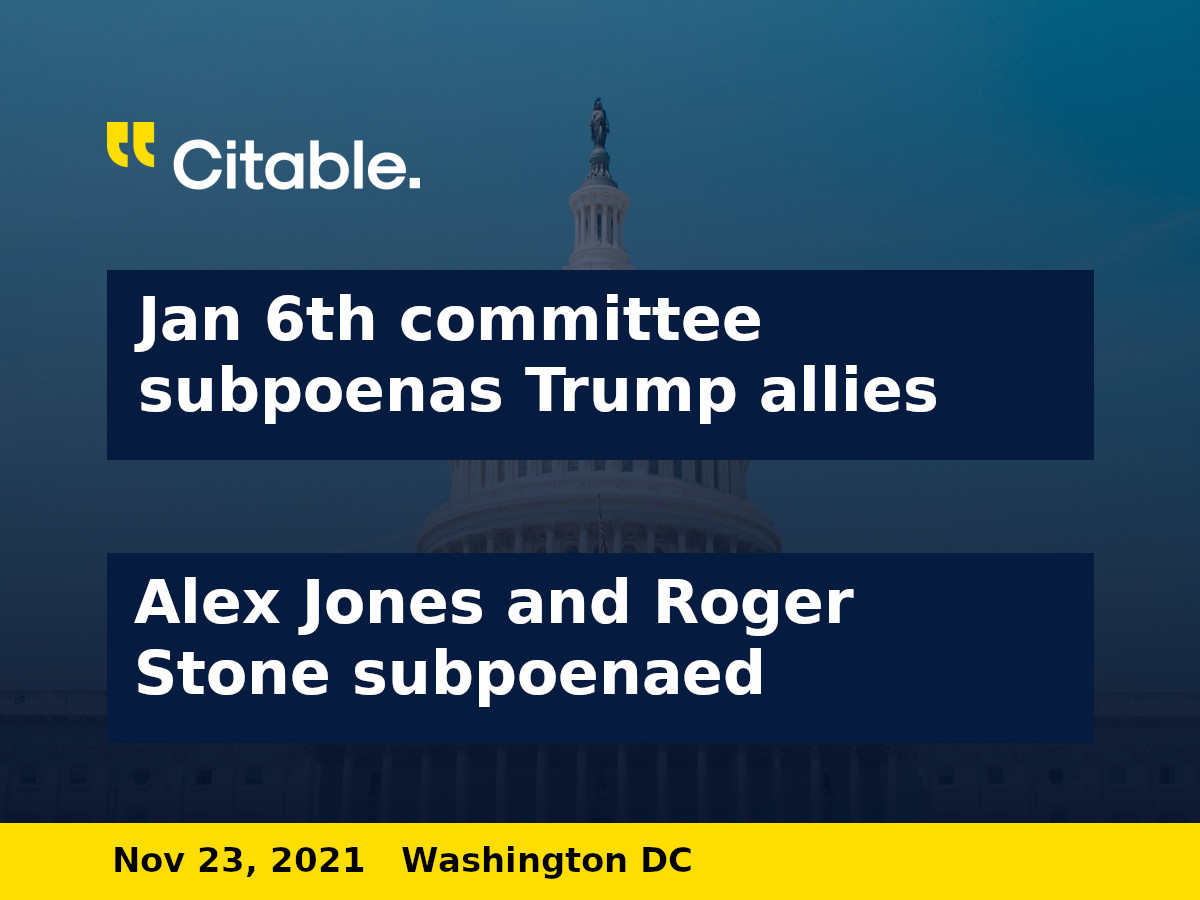 The committee’s chair, Bennie Thompson (D-Miss), announced the subpoenas on Monday as the committee continued its investigation. The committee has already interviewed over 150 people.

Thompson accused Stone of having donated what he said was 80% of the total funding for the rally. The chair also alleged that Stone spoke at the rally and had been instructed by Trump to lead the rally to the Capitol.

Thompson also accused Jones of repeatedly promoting Trump’s election fraud claims. Jones is also accused of urging his listeners to come to Washington for the rally to march from the Ellipse to Capitol Hill.

Monday’s subpoenas also included those for Dustin Stockton, Jennifer Lynn Lawrence, and Taylor Budowich for alleged election fraud and their role in the organization and promotion of the rally.