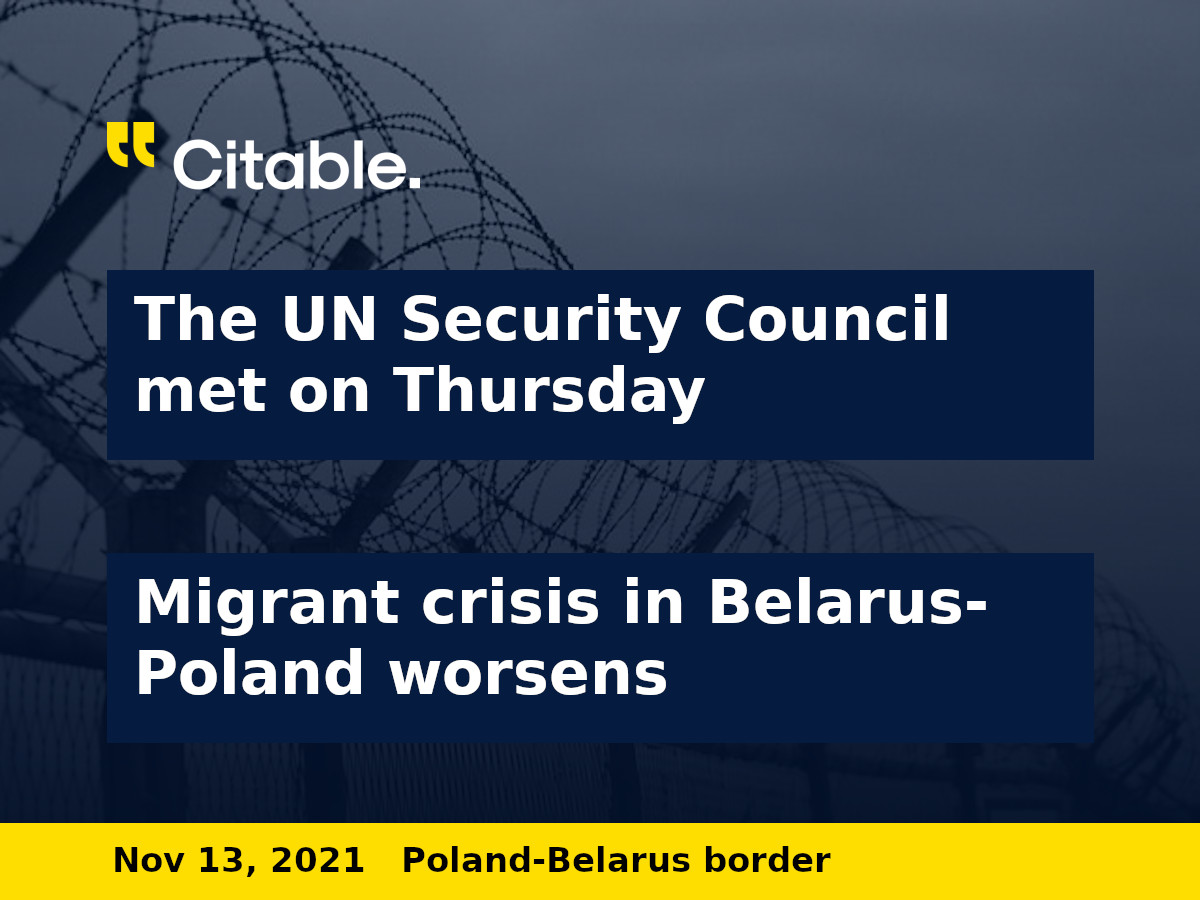 Thousands of migrants, originating mainly from the middle-east, have been trying to cross the border from Belarus into Poland.

The border area is remote, wet, cold, and forested with few medical facilities.

The UN Security Council held an urgent meeting on Thursday about the migrant crisis at the Poland-Belarus border.

The Ministry of Foreign Affairs, Republic of Poland stated, “The migration crisis was triggered by Belarus, which puts the lives of people from third countries at risk while pursuing its short-term political goals and trying to destabilize the situation in neighboring countries and on the EU’s external border.”

The Turkish Civil Aviation Authority stated, “Due to the problem of illegal border crossings between the European Union and Belarus, it has been decided that the citizens of Iraq, Syria, and Yemen who want to travel to Belarus from Turkish airports will not be allowed to buy tickets and boarding until further notice.”