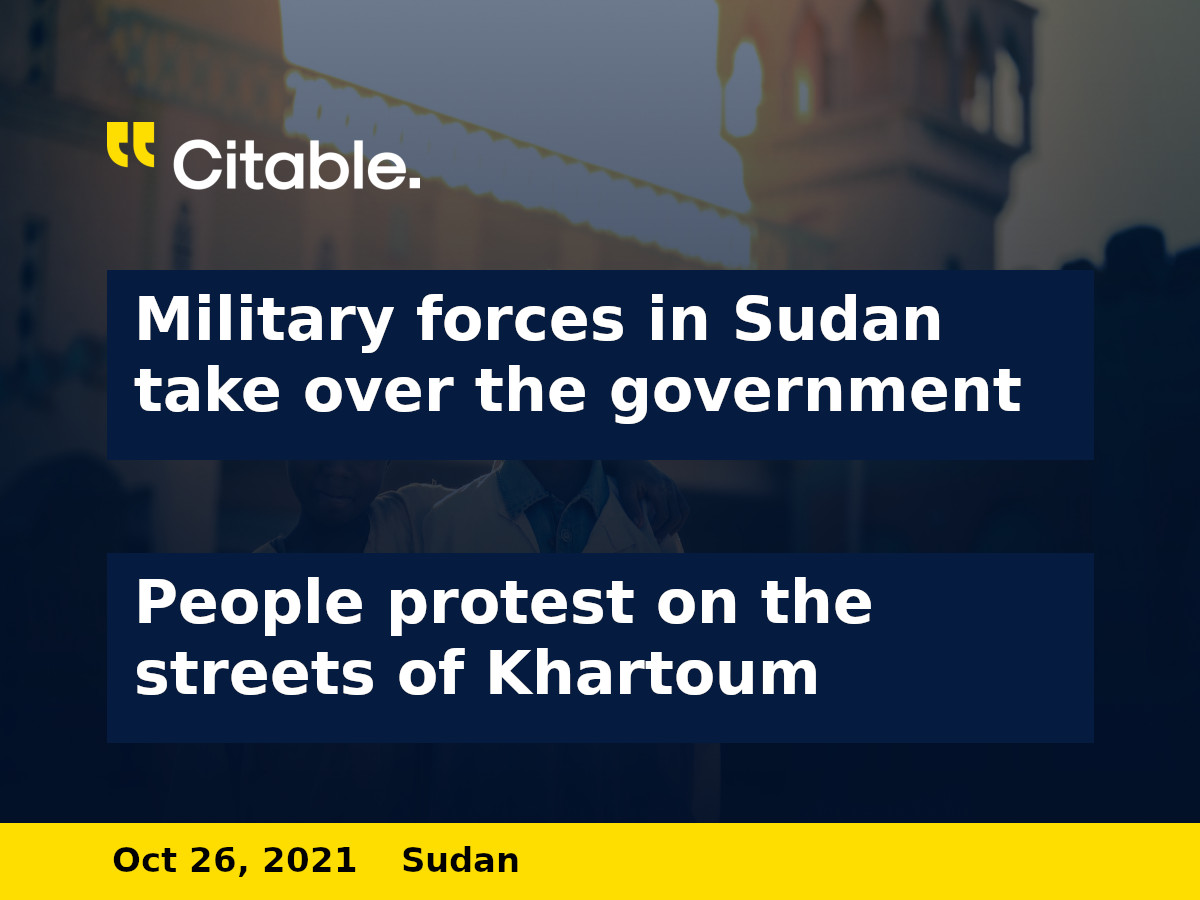 Military forces in Sudan take over the government. People protest on the streets of Khartoum.

Armed forces in Sudan overthrew the civilian rule, arrested political leaders, and brought a state of emergency on Monday – The leader of the coup was General Abdel Fattah al-Burhan.

Large numbers of protestors took to the streets of Khartoum and other cities, objecting to dissolving the civilian rule.

Soldiers opened fire on the protestors, killing at least seven people and injuring approximately 140 others.

USAID condemned the military takeover in Sudan, and Administrator Samantha Power stated, “Sudanese security forces use of live rounds against ongoing protests in Khartoum are deeply disturbing. We demand that Sudan’s security forces refrain from any further violence against protesters and hold to account those responsible.”

Antonio Guterres, Secretary-General of the UN, tweeted, “I condemn the ongoing military coup in Sudan. Prime Minister Hamdok & all other officials must be released immediately.”