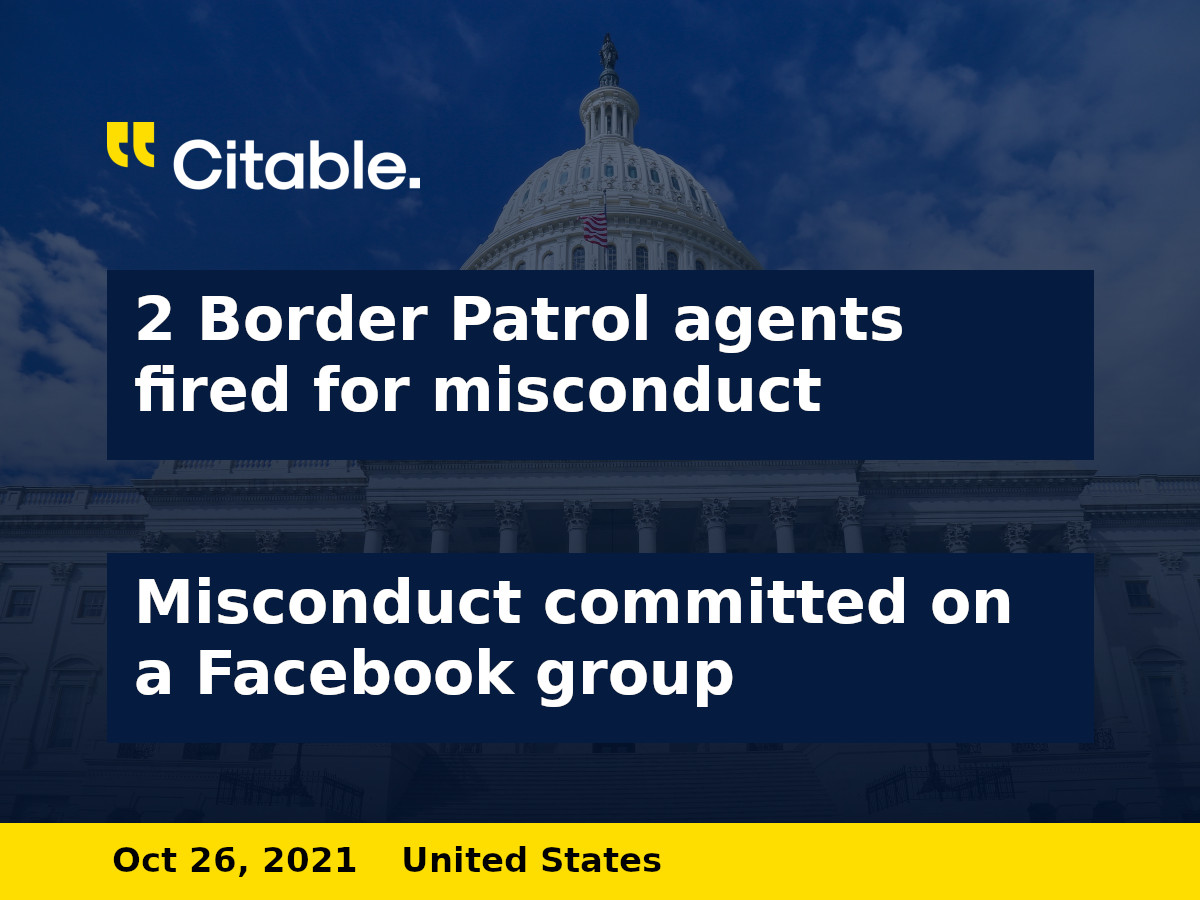 On October 25th, Chairwoman of the Committee on Oversight and Reform, Representative Carolyn Maloney, released a report that found Customs and Border Protection (CBP) agents committed misconduct on social media.

The Committee found that most of the agents involved in the incident were issued reduced penalties. The Committee also found that 2 Border Patrol Chiefs, Carla Provost & Rodney Scott, were members of the group yet failed to report the misconduct.

According to the Committee’s investigations, during the Trump Administration, at least 60 CBP agents committed misconduct on the “I’m 10-15” group, only 2 of whom were fired.