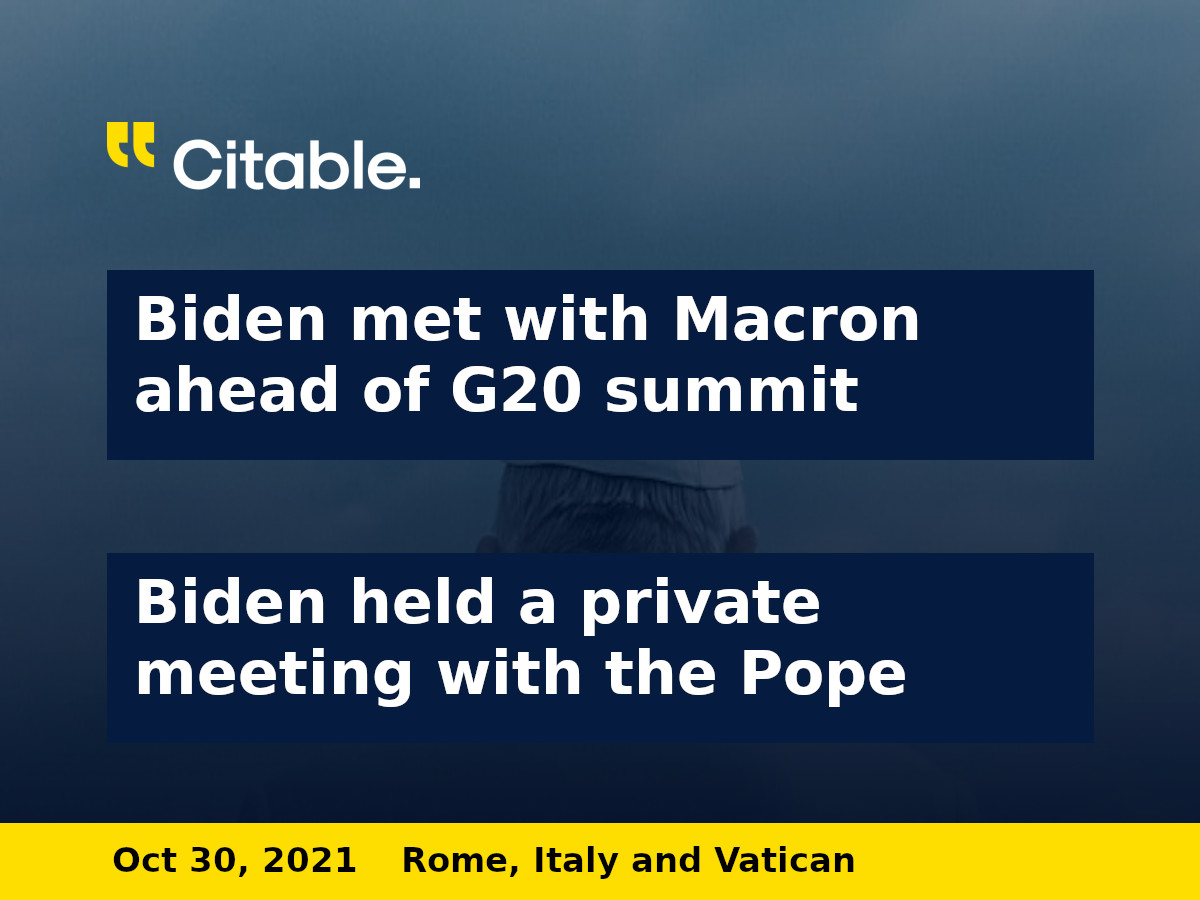 Biden met with Macron ahead of G20 summit. Biden held a private meeting with the Pope.

Where: Rome, Italy and Vatican

On Friday, President Joe Biden met with the President of France, Emmanuel Macron, to dilute tensions and rebuild trust after the unpleasantness over a nuclear submarine deal.

Biden tweeted, “I had a great meeting with French President Emmanuel Macron this afternoon. The United States has no older, no more loyal, no more decent ally than France. They’ve been with us from the beginning — and we will always be there for them.”

President Biden met with Pope Francis at the Vatican – The meeting was private and lasted approximately 75 minutes.

Biden tweeted, “It was an honor to meet with Pope Francis again at the Vatican today. I thanked His Holiness for his advocacy for the world’s poor and those suffering from hunger, conflict, and persecution, and lauded his leadership in fighting the climate crisis and ending the pandemic.”

Rome is hosting the G20 Heads of State and Government summit on October 30th and 31st – The G20 is an international forum that brings together major world economies.