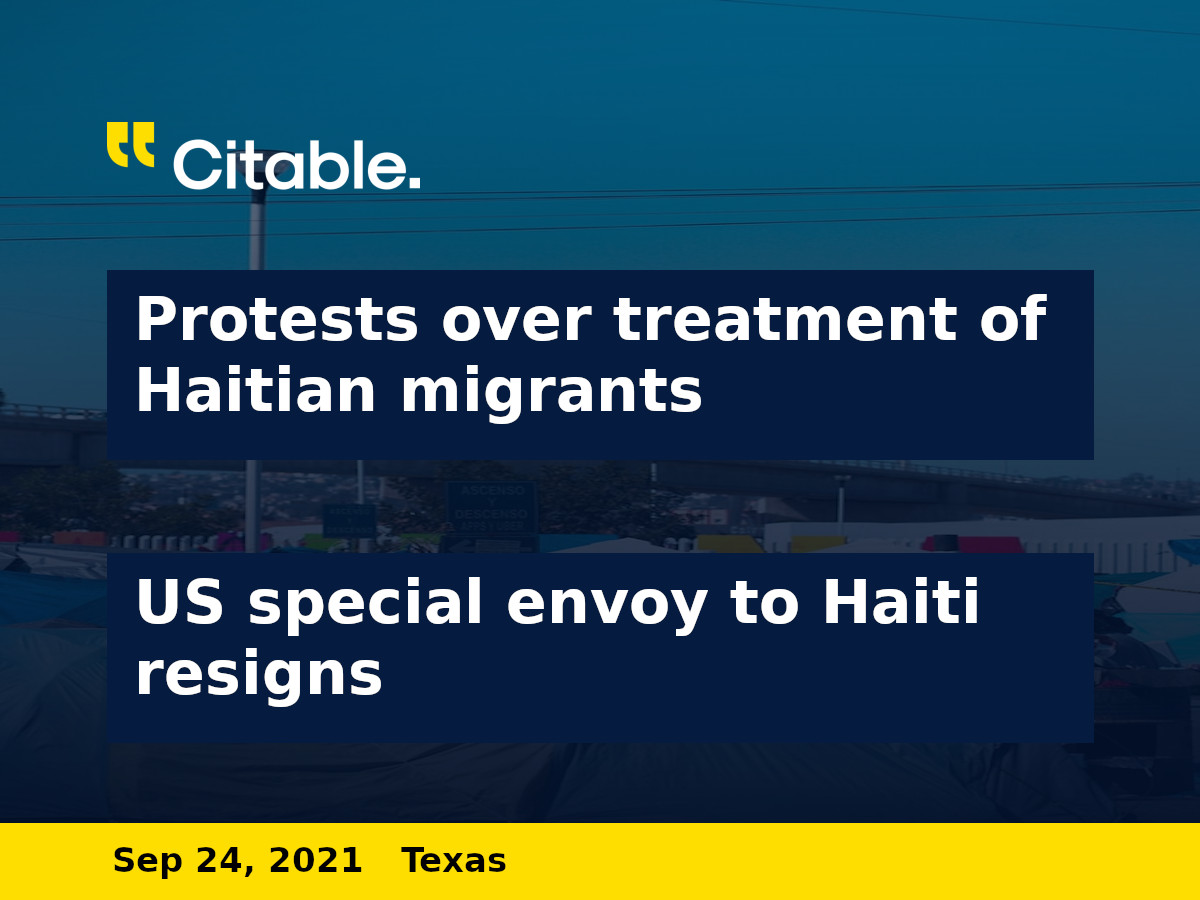 Protests over treatment of Haitian migrants. US special envoy to Haiti resigns.

US special envoy to Haiti, Daniel Foote, stepped down to protest large-scale expulsions of Haitian migrants from the US.

Foote, in his letter to Antony Blinken, wrote, “Our policy approach to Haiti remains deeply flawed, and my recommendations have been ignored and dismissed, when not edited to project a narrative different from my own.”

Vice President Kamala Harris tweeted, “The situation in Del Rio, Texas, and the images I’ve seen are horrible. Human beings should never be treated in that way, and I’m deeply troubled by the images I saw.”

A group of East Bay ministers led a rally in San Francisco, CA, to protest against the treatment of Haitian migrants.