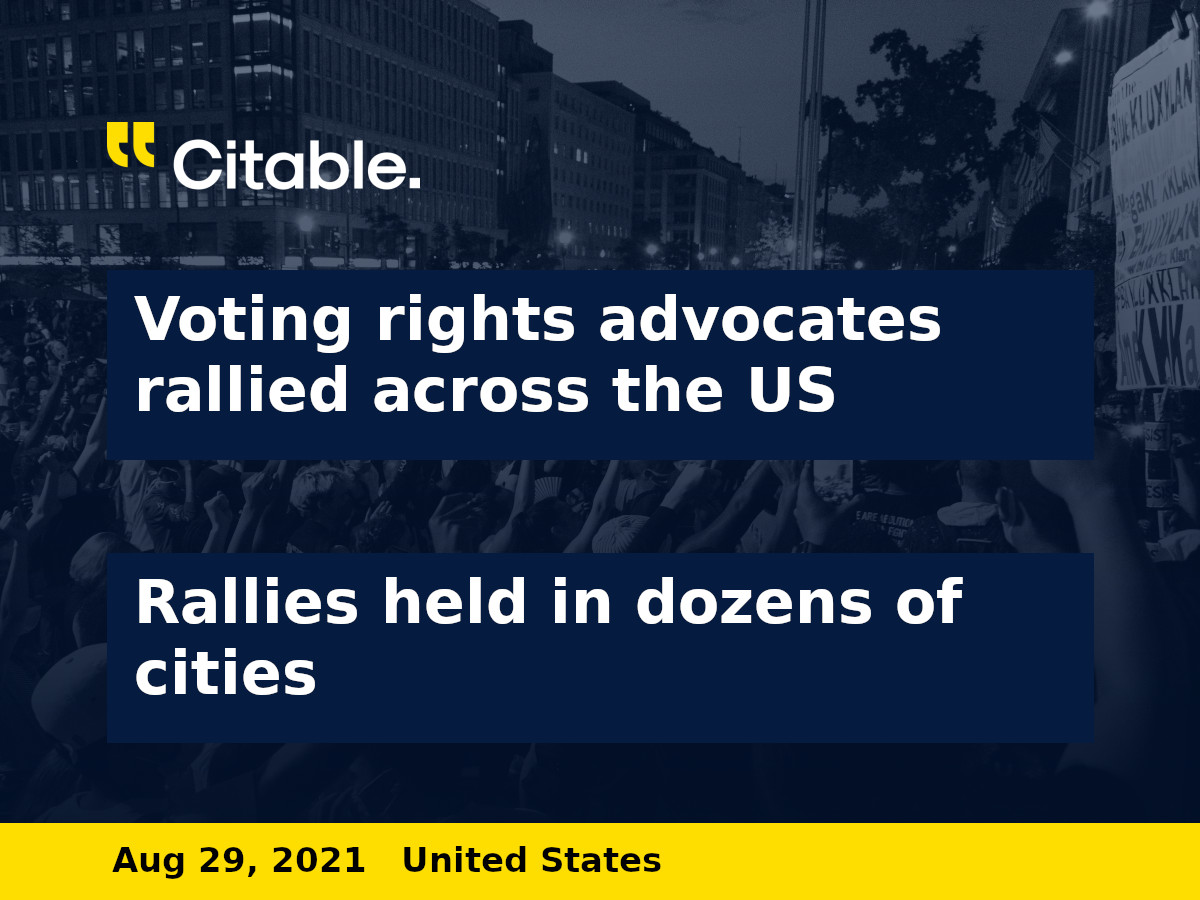 Voting rights advocates rallied across the US. Rallies held in dozens of cities.

On Saturday, thousands of voting rights advocates rallied across the country, calling for sweeping federal laws to remove voting restrictions advancing in some states.

Following moves in Republican-controlled states like Arizona, Florida, and Georgia, Texas would be the latest to pass new laws instating similar restrictions.

In a video on Twitter, Vice President Kamala Harries urged Congress to pass legislation that she said was needed to push back against Republicans in Texas, Florida, and other states.

Marches were also scheduled for Atlanta, Miami, Phoenix, and other cities under the banner of “March on for voting rights.”

The voting rights bill passed the US House of Representatives last week, but faces resistance from Republicans in the Senate.