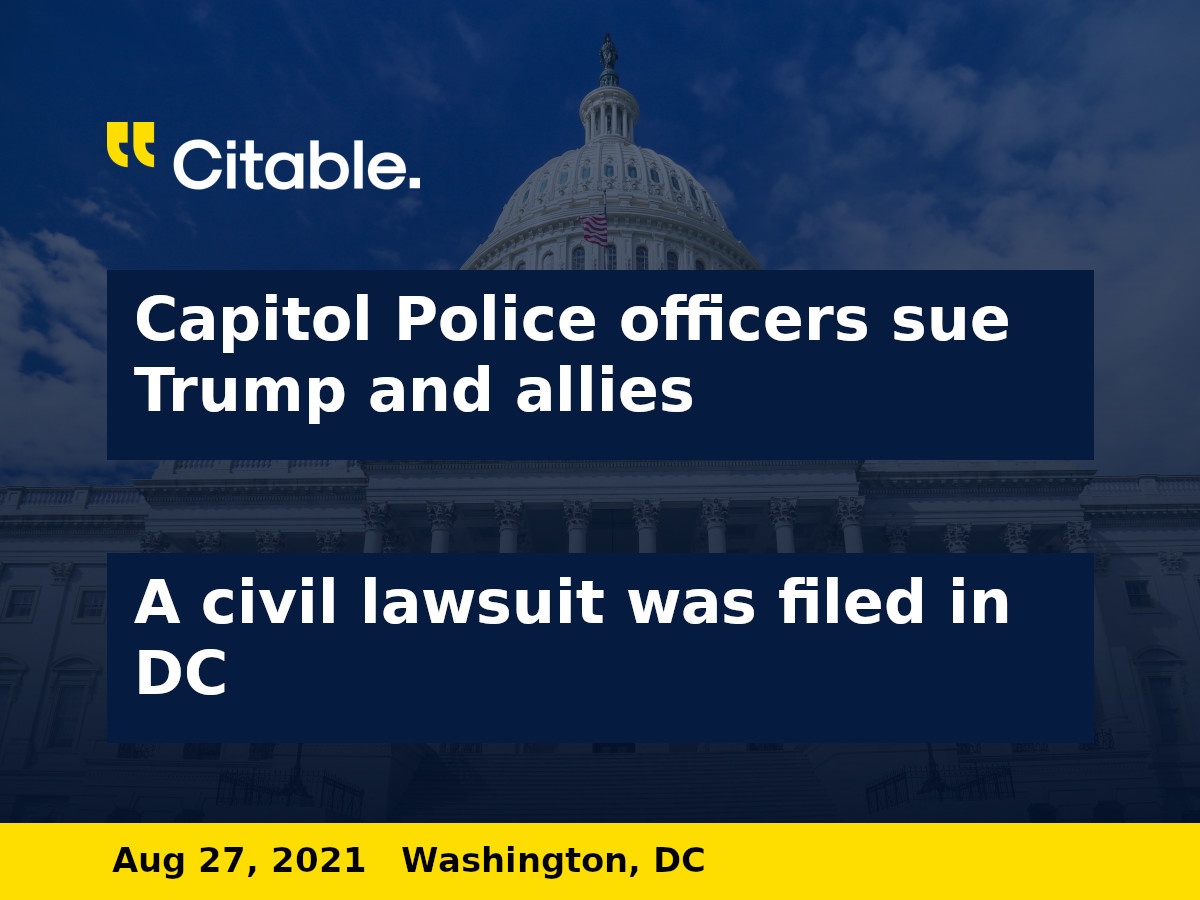 Seven officers from the US Capitol Police are suing former President Donald Trump, his adviser Roger Stone, and others.

On Thursday, the lawsuit, filed in the US District Court for the District of Columbia, alleges that Trump and other defendants conspired through the use of force, threats, and intimidation leading to the attack on the Capitol.

The lawsuit was filed by seven veteran Capitol Police officers each with at least 13 years of experience in the department.

The complaint details the events of January 6th, describing the officers being assaulted and believing their lives were threatened.

Officer Jason DeRoche, an 18-year veteran of the Capitol Police, said the civil lawsuit isn’t about money. Instead, the case aims to set the record straight about what happened on January 6th.