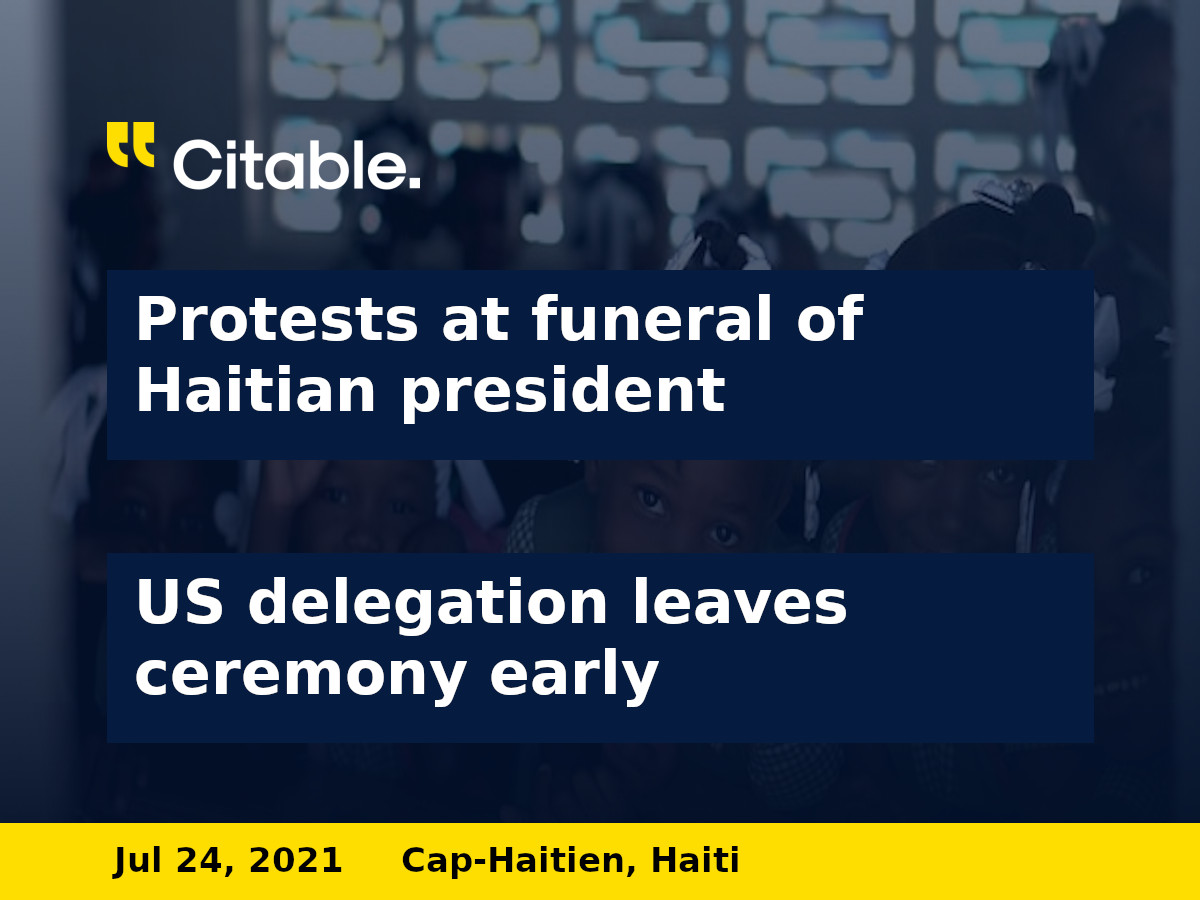 ▪ The funeral of Haitian President Jovenel Moise was held in his family compound outside Cap-Haitien, Haiti – He was killed on July 7th by armed assassins who entered his house.

▪ Crowds surged outside the compound, shouting and protesting – Gunshots were fired outside the event, tires were burned, motorcyclists were robbed, and an appliance store looted.

▪ Martine Moise, the wife of the slain president, paid her last respects.

▪ An American delegation led by the US ambassador to the United Nations, Linda Thomas-Greenfield, departed minutes into the funeral over safety concerns.

▪ National Security Adviser Jake Sullivan stated, “We strongly urge all parties to express themselves peacefully, and call on Haiti’s leaders to be clear that their supporters must refrain from violence. In this critical moment, Haiti’s leaders must work together and engage in a broad and inclusive dialogue that is reflective of the will of the Haitian people.”