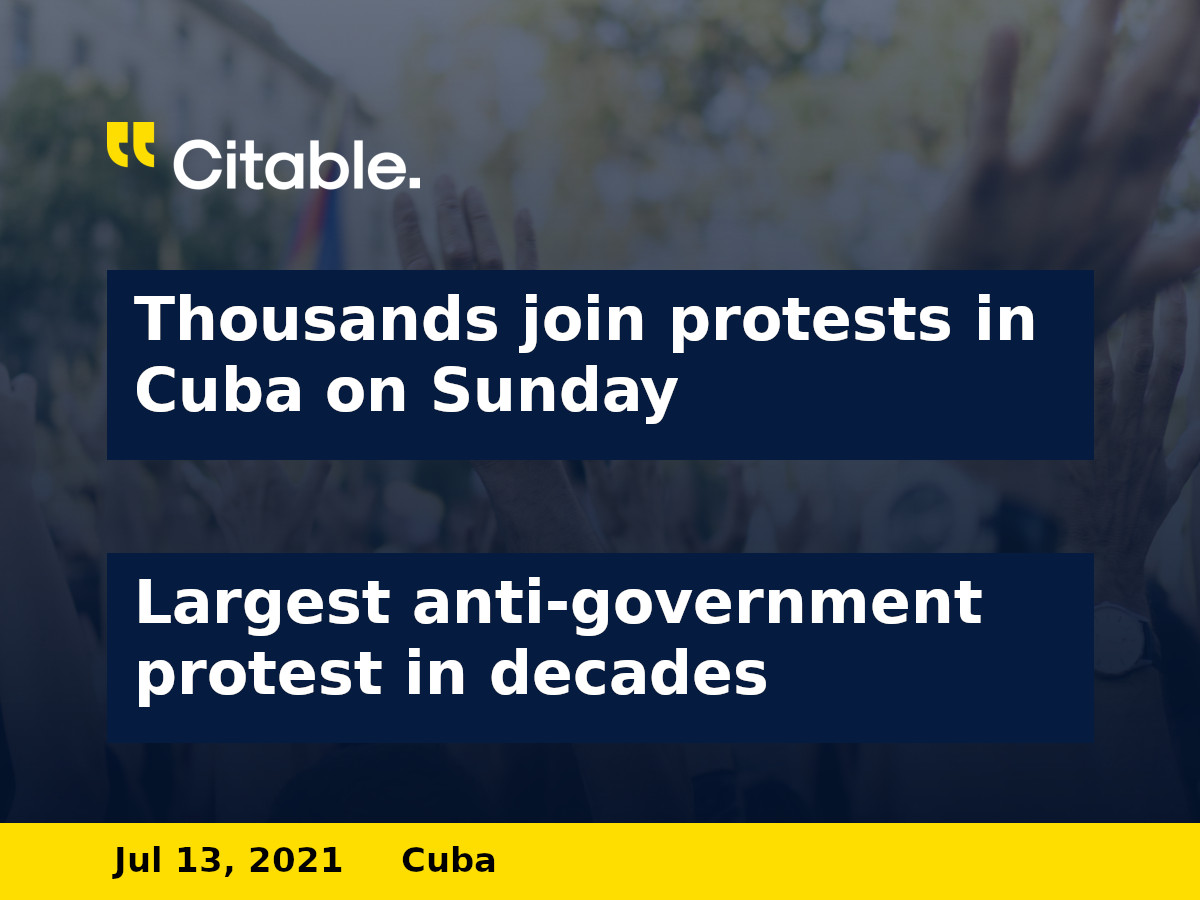 ▪ On Sunday, thousands of Cubans joined street protests from Havana to Santiago in one of the biggest anti-government rallies in decades.

▪ The streets of Havana were empty on Monday with heavy police presence, and the capitol building was cordoned off.

▪ The protests were primarily against the country’s dire economic crisis and handling of the pandemic.

▪ According to exiled rights group, Cubalex, at least 100 protesters, activists and journalists had been detained.

▪ In a statement of support, US President Joe Biden stated, “We stand with the Cuban people and their clarion call for freedom and relief from the tragic grip of the pandemic and from the decades of repression and economic suffering to which they have been subjected by Cuba’s authoritarian regime.”

▪ Biden added, “The United States calls on the Cuban regime to hear their people and serve their needs at this vital moment rather than enriching themselves.”