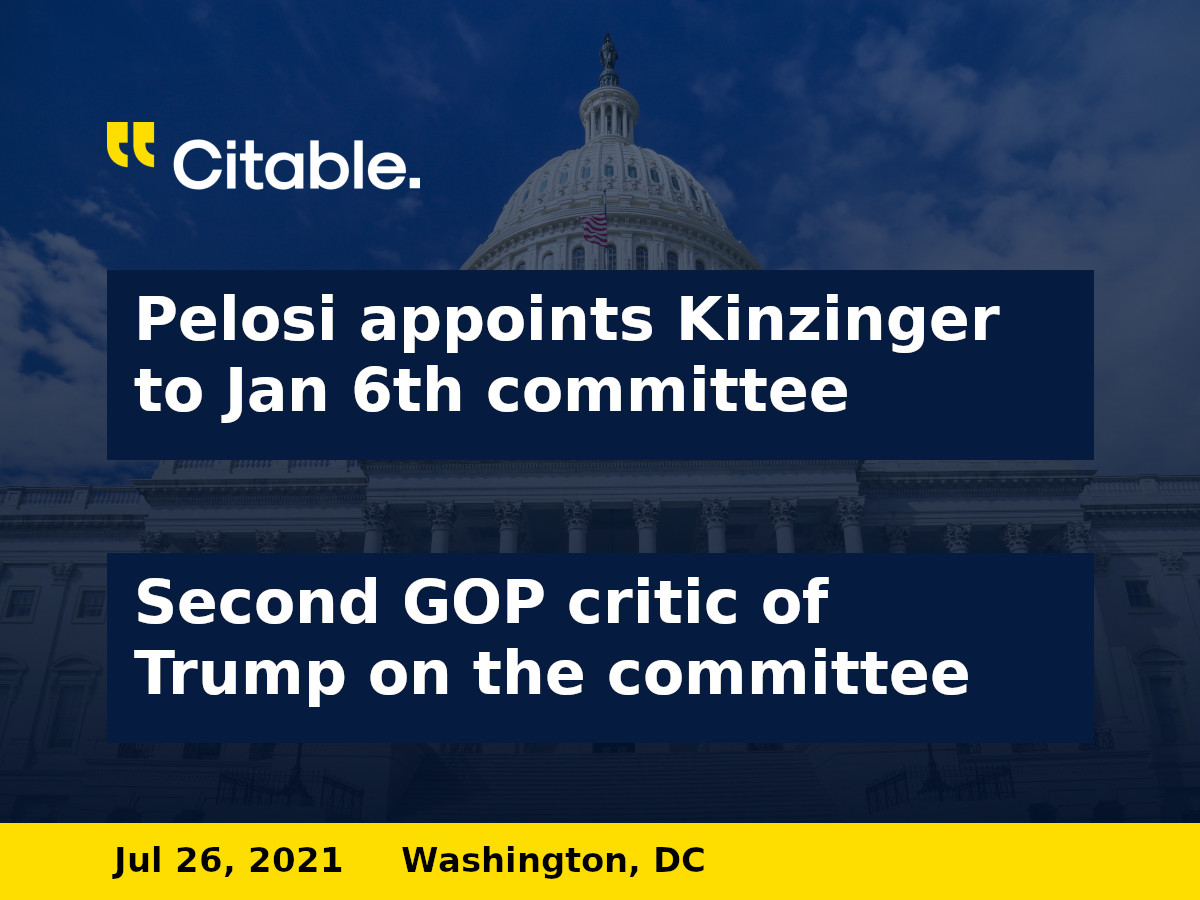 ▪ Kinzinger stated he “humbly accepted” the appointment even as the GOP leadership boycotted the inquiry.

▪ In a statement, Pelosi said Kinzinger, an Illinois Republican, will bring “great patriotism to the committee’s mission: to find the facts and protect our Democracy.”

▪ Kinzinger is the second Republican on the committee along with Representative Liz Cheney of Wyoming.

▪ In a statement, Kinzinger said, “For months, I have said that the American people deserve transparency and truth on how and why thousands showed up to attack our democracy.”

▪ Earlier, House Republican leader Kevin McCarthy said the GOP would not participate in the committee after Pelosi rejected two of his nominees.