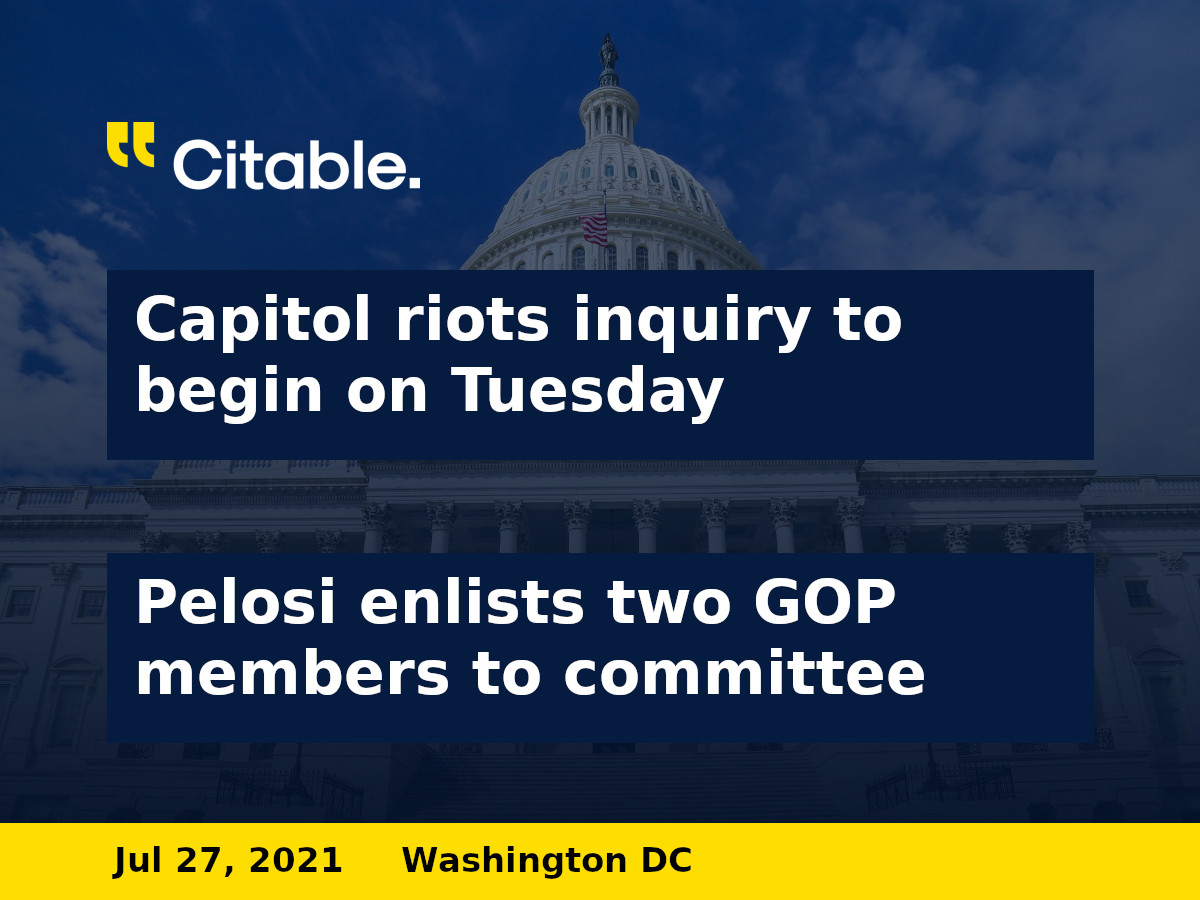 ▪ This week marks the beginning of the first full congressional inquiry into the January 6th Capitol attack, held by a select committee.

▪ Two police officers from the Capitol’s protection squad and two from DC police will provide their first public testimony on the events of January 6th.

▪ Democrats originally wanted an independent special commission consisting of equal representation from both parties, but the proposal did not pass the Senate.

▪ Out of the five nominations from the GOP, Pelosi rejected two (Jim Jordan and Jim Banks), leading to Minority Leader Kevin McCarthy boycotting the commission.

▪ Pelosi has since added republican Adam Kinzinger to the committee, bringing its total membership to 10, including republican Liz Cheney.