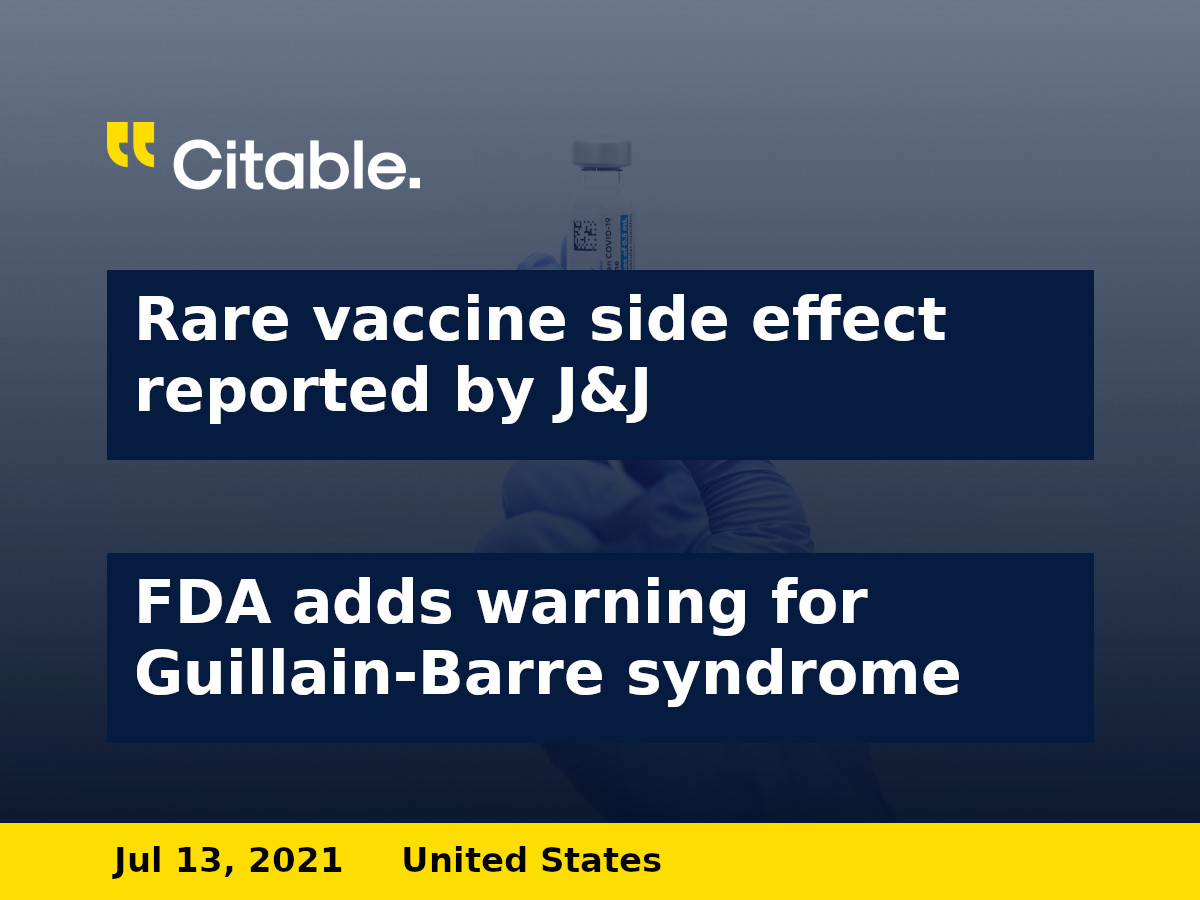 ▪ The US Food and Drug Administration (FDA) added a warning for a rare autoimmune condition, Guillain–Barre syndrome (GBS), in its Johnson & Johnson vaccine fact sheet for healthcare providers, caregivers, and recipients.

▪ On July 12th, Johnson & Johnson issued a press release updating its COVID-19 vaccine Factsheet to include the Guillain–Barre syndrome as a side effect.

▪ Johnson & Johnson stated, “Rare cases of the neurological disorder, Guillain-Barre syndrome have been reported following vaccination with the Janssen COVID-19 vaccine. Most occurred within 42 days after vaccination.”

▪ The statement continued, “While the chance of having this occur is very low, Johnson & Johnson has updated its COVID-19 Vaccine Factsheet to include important information about these rare cases and on the signs and symptoms of Guillain-Barre syndrome.”

▪ Bacterial or viral infection generally triggers GBS – the disease can cause tingling, muscle weakness, and paralysis in adverse cases as the patient’s immune system attacks its own nerves.

▪ According to the Centers for Disease Control and Prevention (CDC), “An estimated 3,000-6,000 people develop GBS each year in the United States.”