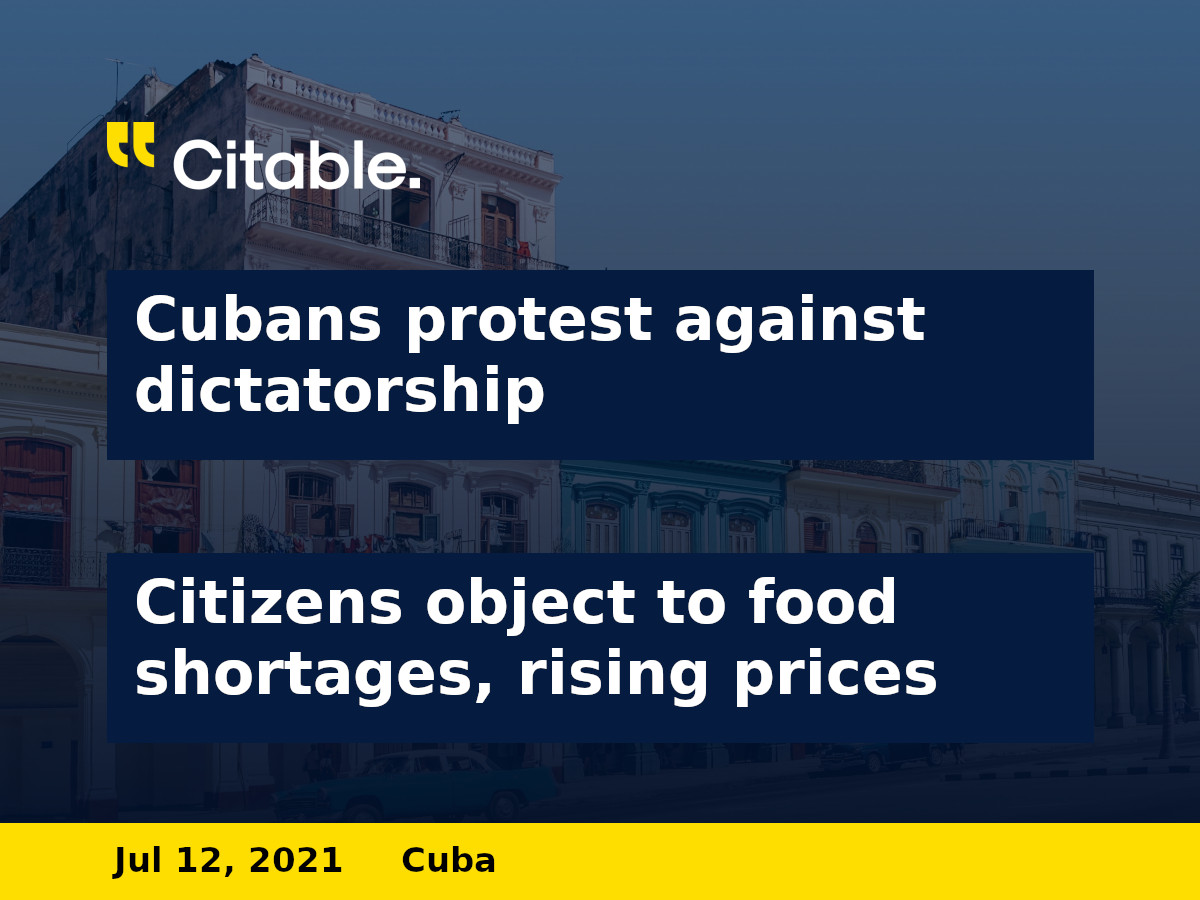 ▪ Protestors in Cuba took to the streets on Havana’s Malecon promenade and other locations on the island to hold demonstrations against the communist regime, rising prices of commodities, and food shortages.

▪ The people chanted to protest the increasing shortages of food and vaccine amidst the ongoing economic crisis and a growing number of COVID-19 cases.

▪ President Miguel Diaz-Canel stated, “As if pandemic outbreaks had not existed all over the world, the Cuban-American mafia, paying very well on social networks to influencers and Youtubers, has created a whole campaign … and has called for demonstrations across the country.”

▪ Diaz-Canel deployed security forces to disperse protestors – he also called on his supporters to confront the protestors, “We are calling on all the revolutionaries in the country, all the Communists, to hit the streets wherever there is an effort to produce these provocations.”

▪ US Department of State’s Bureau of Western Hemisphere Affairs Acting Assistant Secretary Julie Chung tweeted, “We are deeply concerned by ‘calls to combat’ in Cuba. We stand by the Cuban people’s right for peaceful assembly. We call for calm and condemn any violence.”