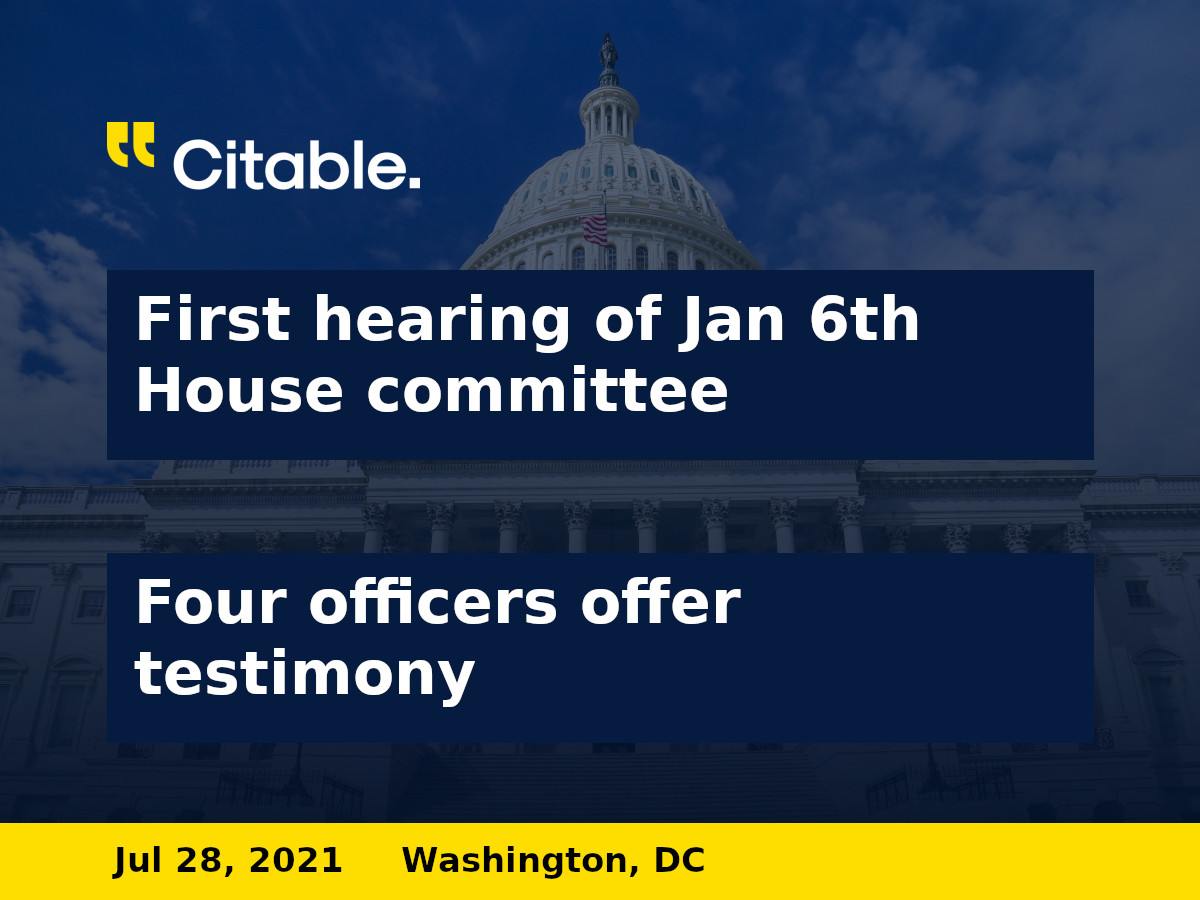 ▪ On Tuesday, four Capitol and Metropolitan Police officers testified in the first hearing of the new House committee investigating the January 6th riot at the Capitol.

▪ Tuesday’s hearing was primarily focused on the officers and their experience fighting off the crowd for several hours.

▪ Capitol Police Sgt. Aquilino Gonell stated, “I recall thinking to myself, this is how I’m going to die, defending this entrance.”

▪ Capitol Police officer Harry Dunn testified, “We expected any demonstrations to be peaceful expressions of 1st Amendment freedoms, just like the scores of demonstrations we had observed for many years.”

▪ The committee’s next hearing has not been scheduled. The Justice Department informed former Trump officials that they could give “unrestricted testimony” to the House Oversight and Reform Committee and the Senate Judiciary Committee.

▪ Over 500 people have been criminally charged for their involvement with the riot, in which five people died and dozens injured.