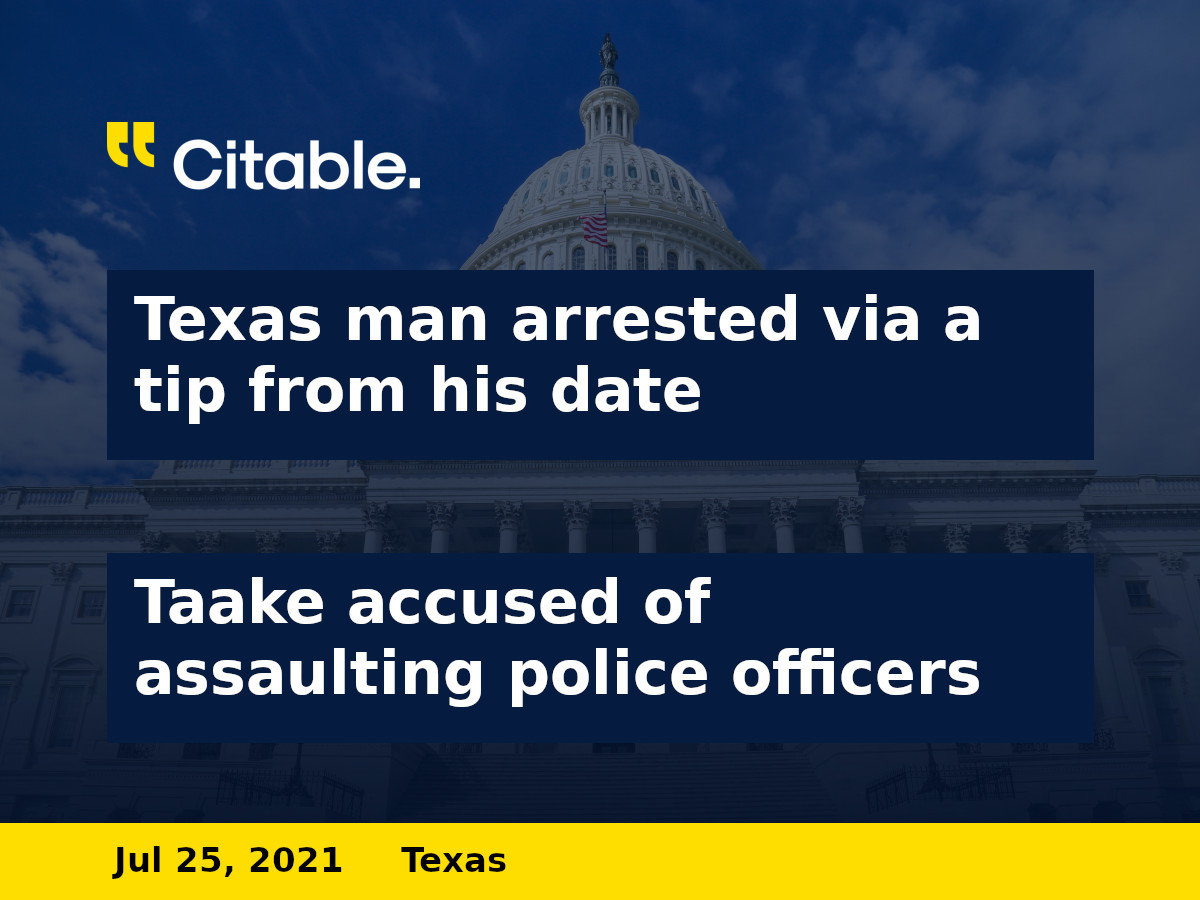 Texas man arrested via a tip from his date. Taake accused of assaulting police officers.

▪ On Friday, a Texas man who told a Bumble match he participated in the January 6th riots at the Capitol was arrested after his would-be date alerted the FBI.

▪ Andrew Quentin Taake (32) is accused of pepper-spraying and assaulting police officers at the Capitol Riot.

▪ Taake is charged with obstruction of an official proceeding, felony assault on a police officer, obstruction of law enforcement, disorderly conduct, demonstrating in a Capitol building, and engaging in physical violence on restricted grounds.

▪ Authorities reviewed flight records that showed Taake was in Washington, DC, a day before the riot and flew back days after. The FBI also found “publicly posted videos and photographs” showing Taake at the Capitol.

▪ According to the charging document, body cameras of the Metropolitan Police Department showed Taake pepper-spraying officers and appearing to hit another group of officers with a whip.

▪ This is the second time a riot suspect was charged after their Bumble date alerted authorities. In April, Robert Chapman was arrested after he boasted to his date about his involvement in the riot.