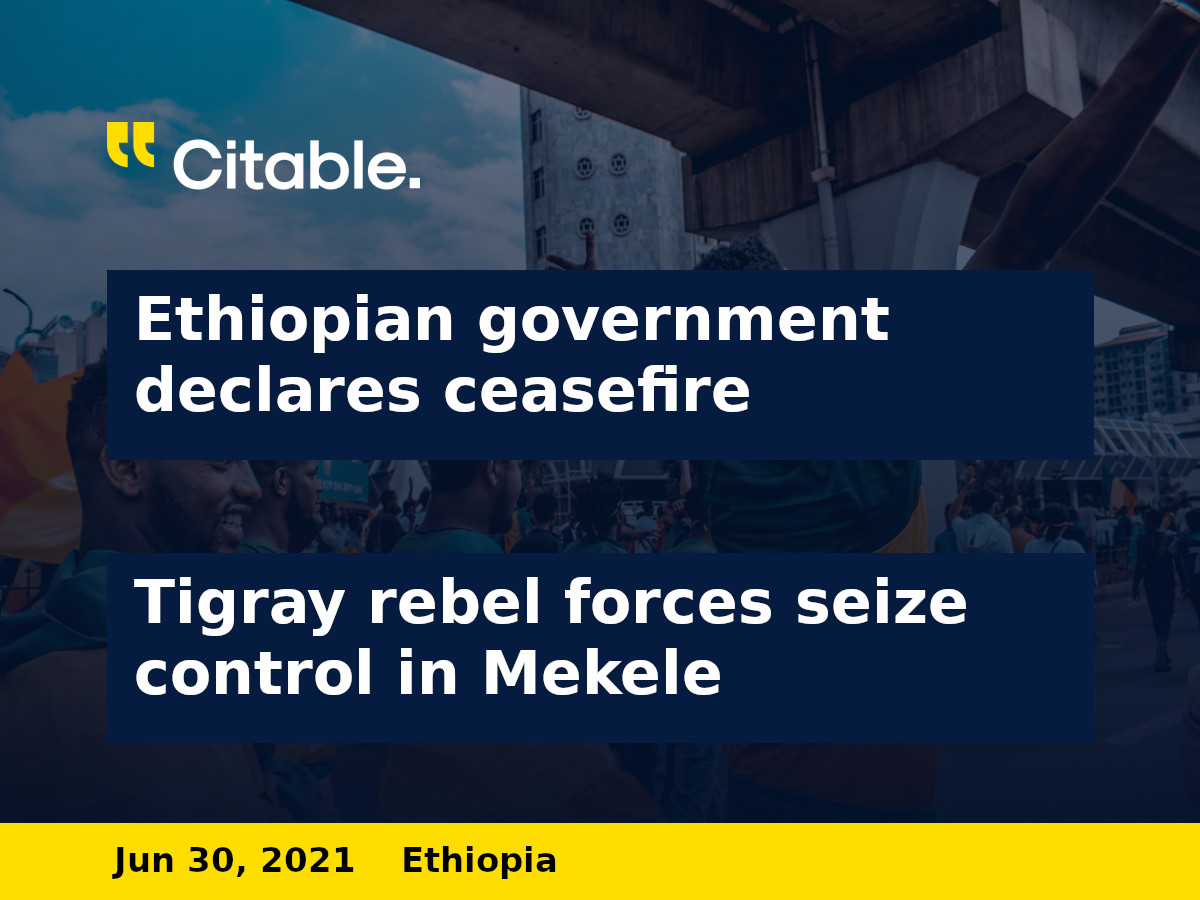 ▪ In November 2020, fighting erupted between the Tigray People’s Liberation Front (TPLF) forces and the Ethiopian National Defense Force (ENDF) – the fight was joined by the Amhara Region and Eritrean forces on the ENDF side.

▪ On June 28th, the TPLF forces seized control of the regional capital of Mekele – Ethiopian troops evacuated the city.

▪ Before evacuating Mekele, the Ethiopian government announced a unilateral ceasefire via the state media.

▪ TPLF Spokesperson Getachew Reda referred to the unilateral ceasefire as a “sick joke” and said, “we’ll stop at nothing to liberate every square inch” of the Tigray region.

▪ US Department of State Spokesperson Ned Price said, “We call on all parties to commit to an immediate, indefinite, negotiated ceasefire, so as to end the violence, restore stability to Tigray, and create a context for an inclusive dialogue that preserves the unity, sovereignty and territorial integrity of the Ethiopian state.”