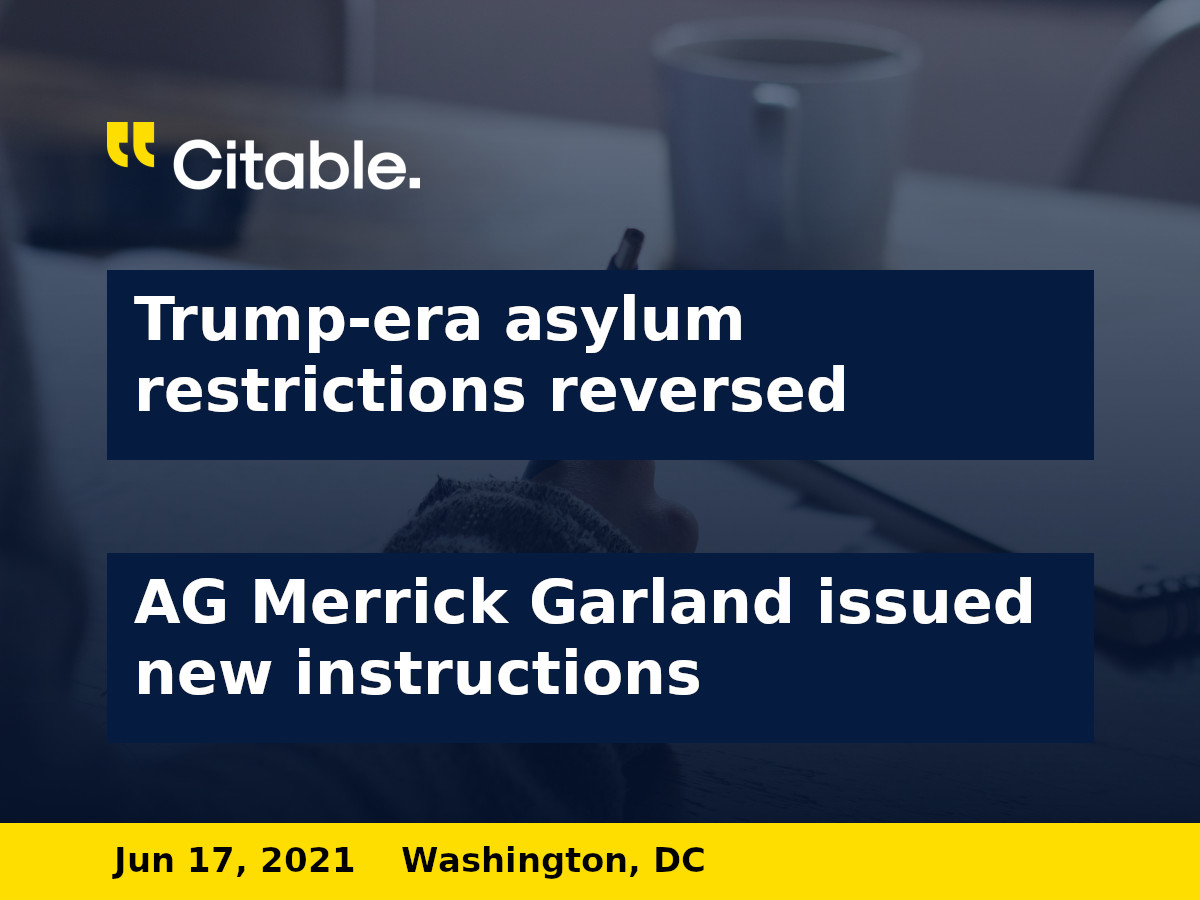 ▪ Attorney General Merrick Garland vacated two iterations of the decision known as “Matter of A-B” that set a high bar for victims of violence to qualify for asylum.

▪ Garland’s announcement applies to immigration courts and an appeals board that the attorney general oversees.

▪ A key architect of former President Trump’s immigration policies, Gene Hamilton, said in a statement that he believed the change would lead to more immigrants filing asylum claims based on crime, and that should not be a reason for protection.

▪ The legal director of litigation at the American Immigration Council, Kate Melloy, stated, “The significance of this cannot be overstated,” adding, “This was one of the worst anti-asylum decisions under the Trump era, and this is a really important first step in undoing that.”