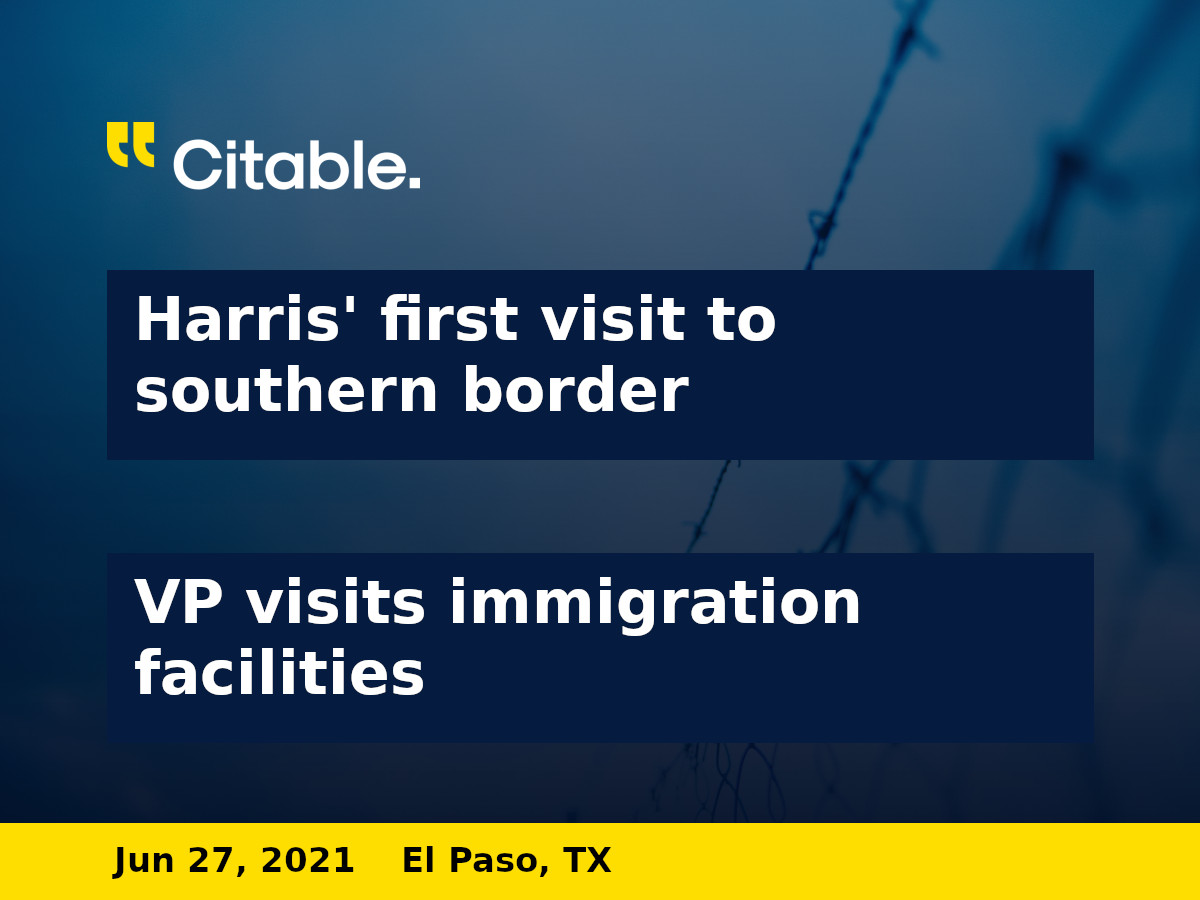 ▪ On Friday, Vice President Kamala Harris visited the border town of El Paso, TX, for 4 1/2 hours. This was her first official visit to the southern border as Vice President.

▪ Harris toured the port of entry and border operations at El Paso. She visited immigration facilities and met girl migrants aged 9-16 near the border.

▪ Harris stressed that she was focused on resolving problems in Central America, stating, “My trip to Guatemala and Mexico was about addressing the root causes.”

▪ In a statement, former President Donald J. Trump said, “After months of ignoring the crisis at the Southern Border, it is great that we got Kamala D. Harris to finally go and see the tremendous destruction and death that they’ve created — a direct result of Biden ending my very tough but fair Border policies.”