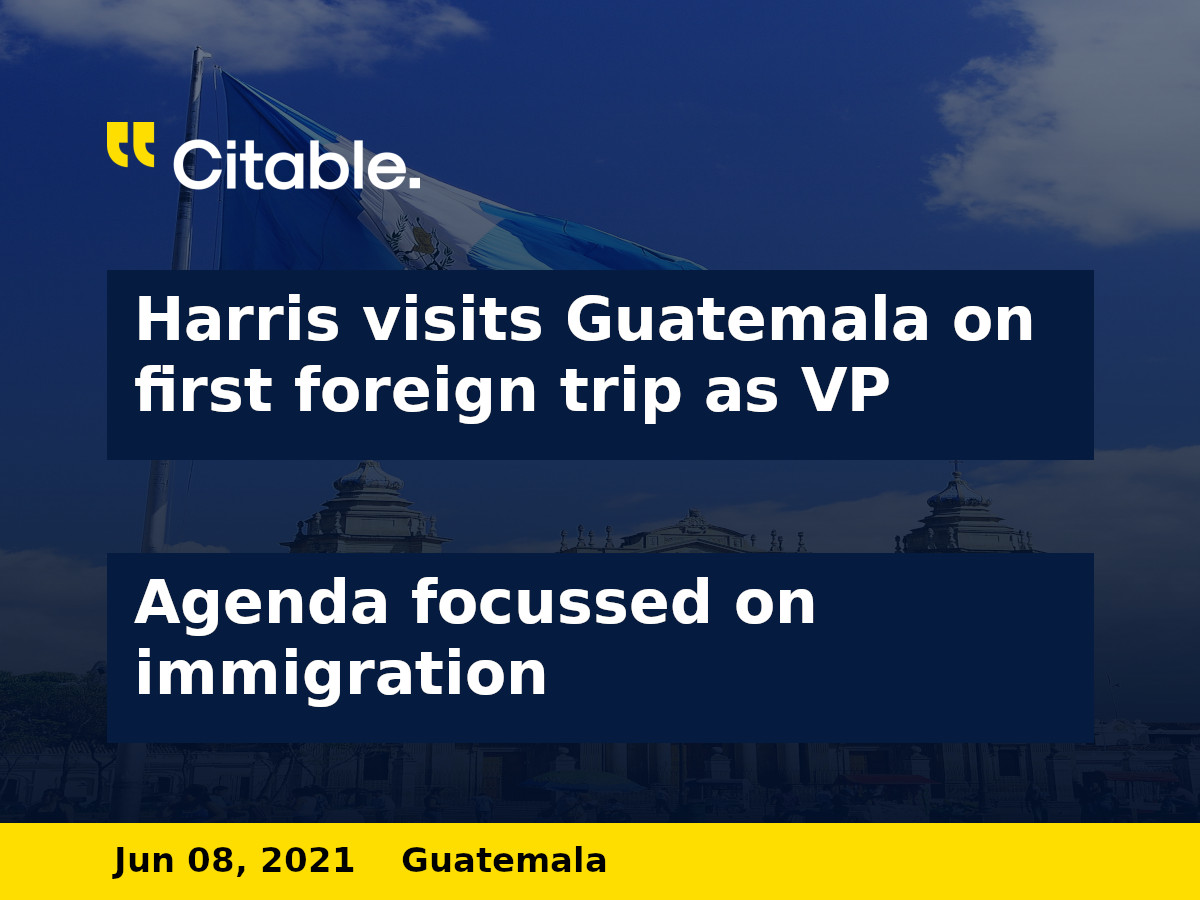 ▪ Next on Harris’ agenda is a meeting with Mexico’s President Andres Manuel Lopez Obrador later this week.

▪ In a news conference with Giammettei, Harris warned against illegal immigration to the US, saying, “If you come to our border, you will be turned back.”

▪ She is also expected to meet with local business leaders to address problems including corruption and lack of economic opportunities.

▪ Harris will also be discussing a new round of funding for the region. The White House has announced $310 million to aid food shortages and disaster recovery.