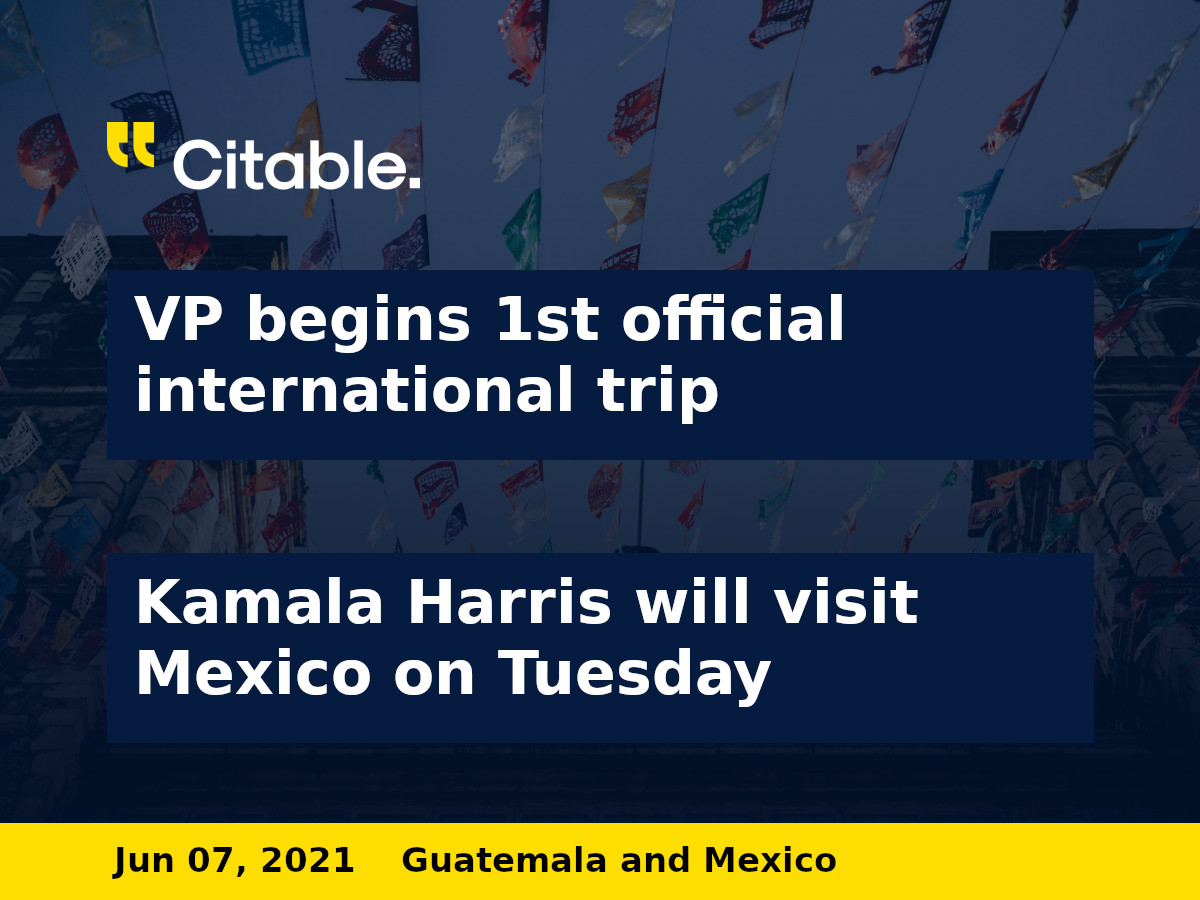 Where: Guatemala and Mexico

▪ Harris’ plane returned due to a technical fault 30 minutes after it took off for Guatemala from Edwards Air Force Base on Sunday. The VP will spend a day each in Guatemala and Mexico.

▪ White House officials have stated that the trip will focus on economic development, climate, food insecurity, and women’s issues.

▪ Biden had tasked Harris with lowering migration from the “North Triangle,” including Guatemala, Honduras, and El Salvador in March.

▪ The number of migrants taken in custody by US agents on the Mexican border has risen to its highest levels since Biden took office in January. Encounters on the Southwest Land Border rose from 78,443 in January to 178,622 in April.

▪ Harris has announced aid packages of $310 million for the region and secured investments from companies including Microsoft.

▪ Former Mexican ambassador to the US, Martha Bárcena, has emphasized the visit’s significance and how it will define US relations with its southern neighbor. Bárcena said, “It will be the first impression of a high-level official of the new US administration to Mexico.”