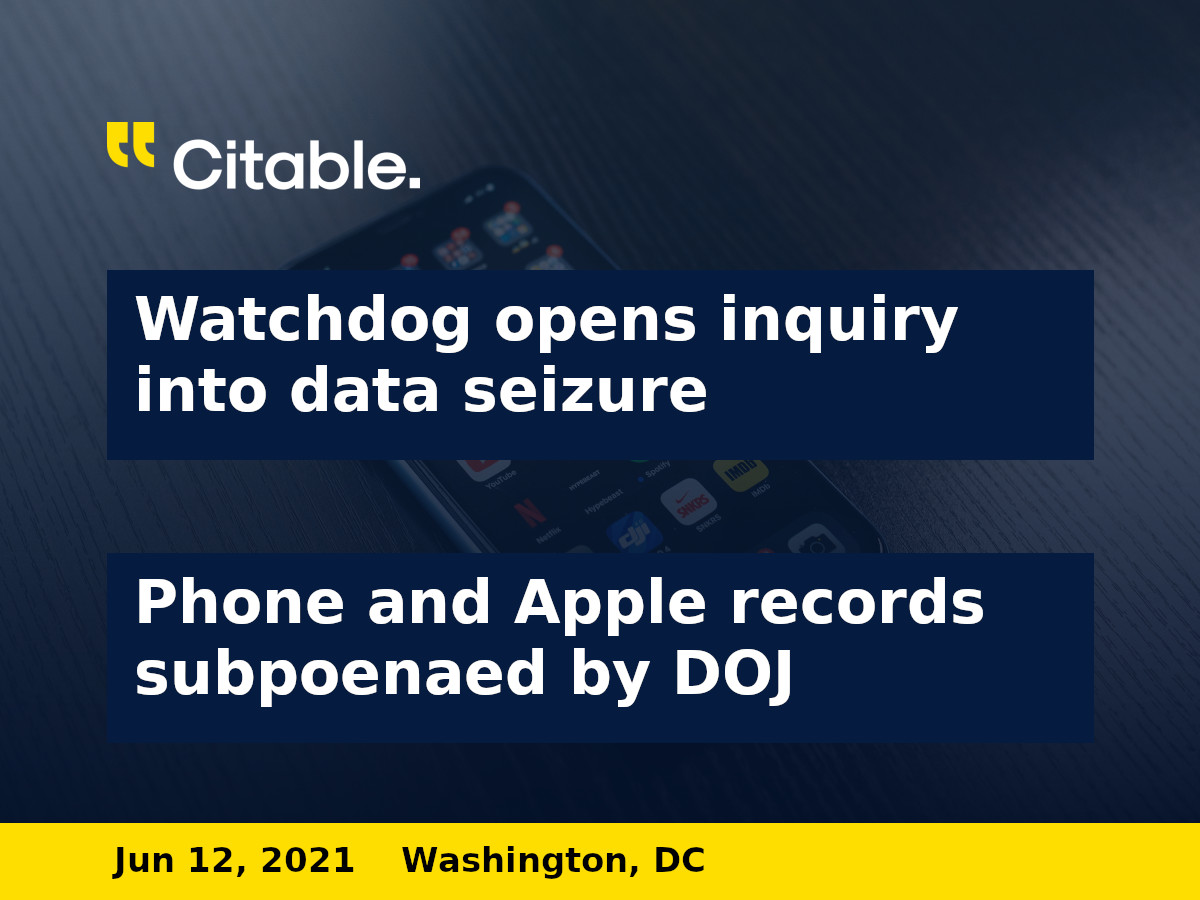 ▪ On Friday, the Department of Justice’s (DoJ) announced that the agency’s independent inspector general opened an inquiry into a Trump-era seizure of communication records from Democrats and journalists.

▪ The DoJ confirmed that it sought the phone records of three Washington Post reporters for calls made in 2017. They were reporting on Russia’s role in the 2016 presidential election at the time.

▪ Reports Ellen Nakashima, Greg Miller, and Adam Entous were notified in letters on May 3rd that the government sought court orders to access their call records.

▪ The DoJ’s policies require approval from the attorney general before seeking subpoenas for phone and email records.

▪ Apple stated a subpoena was issued in 2018 by a federal grand jury and included a non-disclosure order signed by a federal magistrate. The information sought was related to 73 phone numbers and 36 email addresses.

▪ Microsoft also issued a statement, saying it received a subpoena “related to a personal email account” and was unable to notify the user for “more than two years because of a gag order.”