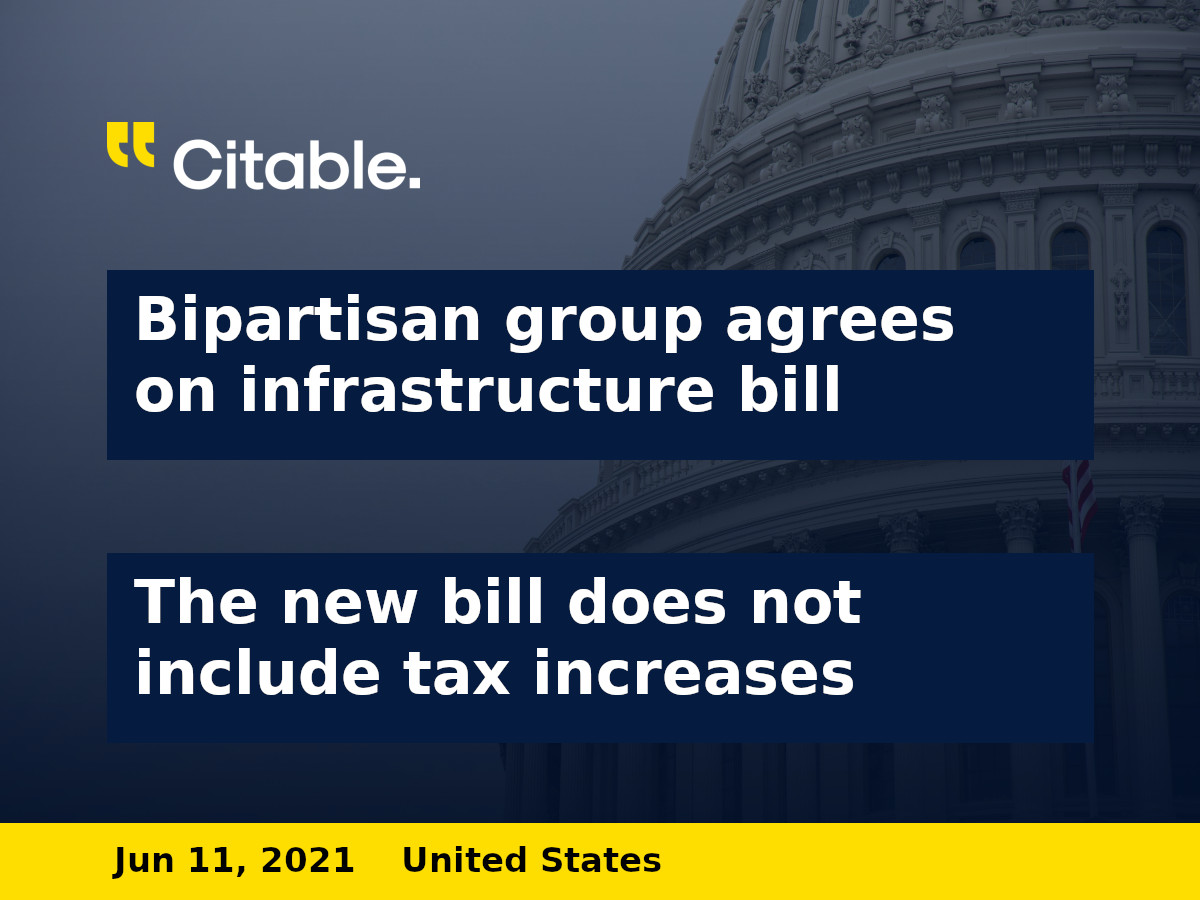 Bipartisan group agrees on infrastructure bill. The new bill does not include tax increases.

▪ A bipartisan group of 10 Senators released a joint statement announcing that they reached an agreement for a new framework for the infrastructure bill.

▪ The joint statement read, “Our group – comprised of 10 Senators, 5 from each party – has worked in good faith and reached a bipartisan agreement on a realistic, compromise framework to modernize our nation’s infrastructure and energy technologies.”

▪ The statement continued, “We are discussing our approach with our respective colleagues, and the White House, and remain optimistic that this can lay the groundwork to garner broad support from both parties and meet America’s infrastructure needs.”

▪ According to the group, their infrastructure bill will be “fully paid for and not include tax increases” – the Senators are yet to share the full details of the plan.

▪ Senate Majority Leader Chuck Schumer acknowledged bipartisan efforts, “I was told verbally, stuff, I’ve asked for paper, I’ll look at it. But we continue to proceed on two tracks. A bipartisan track and a reconciliation track, and both are moving forward.”