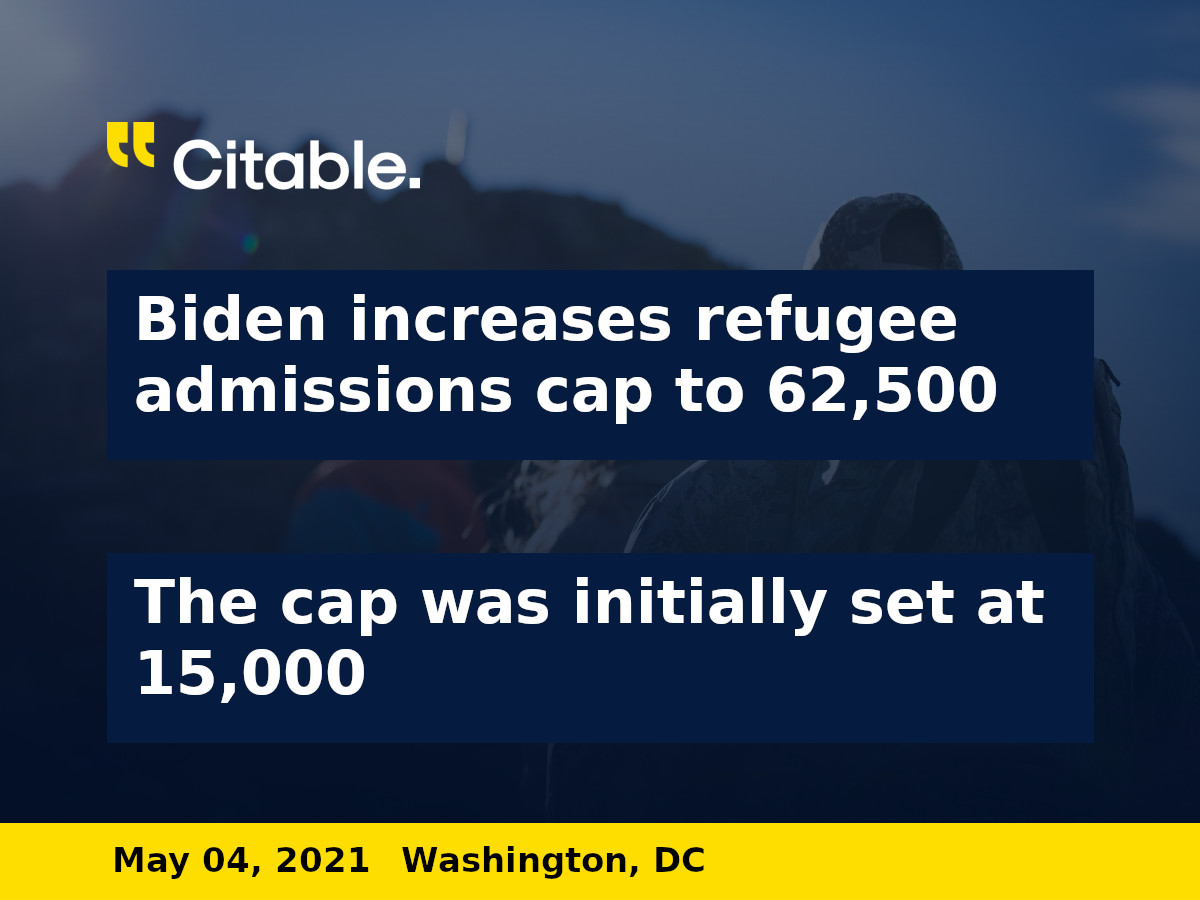 ▪ President Joe Biden announced Monday he would raise the cap on the number of refugees admitted to the United States to 62,500 for this fiscal year.

▪ President Biden stated, “It is important to take this action today to remove any lingering doubt in the minds of refugees around the world who have suffered so much, and who are anxiously waiting for their new lives to begin.”

▪ There are also 12,500 unallocated spots in the memo signed by Biden.

▪ Biden was criticized by his party when he initially opted to follow the numbers set during the Trump presidency.