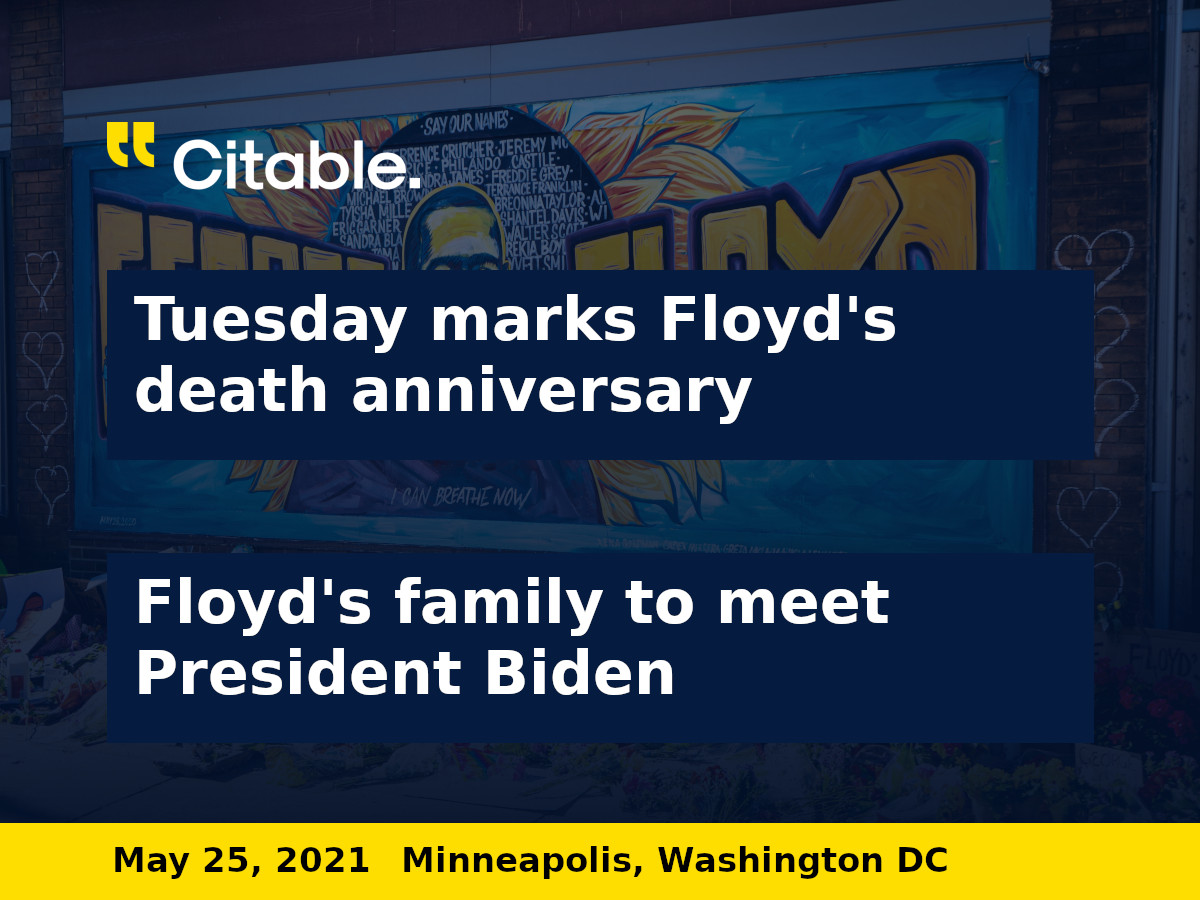 ▪ Tuesday, May 25, marks the first anniversary of George Floyd’s death at the hands of a Minneapolis police officer.

▪ The officer involved, Derek Chauvin, was convicted last month on charges of murder and manslaughter.

▪ The bill aims to end certain policing techniques that can be potentially deadly.

▪ President Biden had aimed for the bill to pass before Floyd’s death anniversary; however, negotiations are still ongoing.